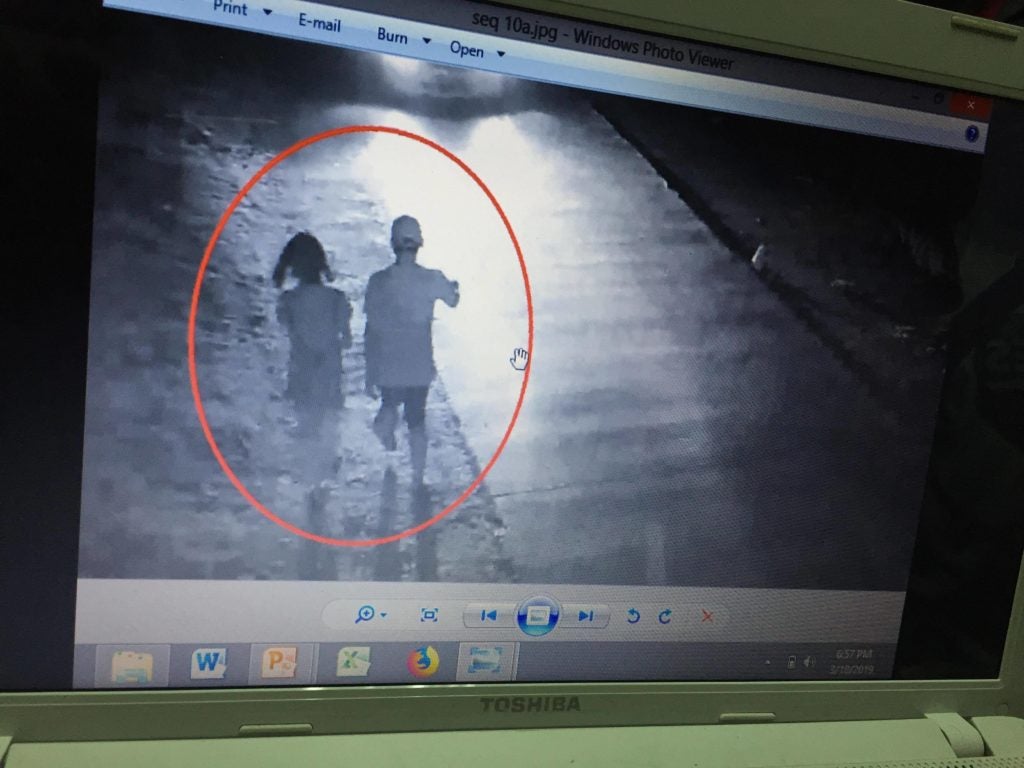 This is one of the CCTV footage of the victim and the suspect recorded an hour before she was last seen alive. | Delta Dyrecka Letigio

CEBU CITY, Philippines — One week since the death of Christine Lee Silawan shook not only Cebu but also the entire country, investigators are now looking into another possibility on where the 16-year-old tithe collector was killed.

Lawyer Dominador Cimafranca,  National Bureau of Investigation in Central Visayas (NBI – 7) assistant director, said they suspected that Silawan was killed a few meters away from the vacant lot in Barangay Bankal in Lapu-Lapu City where her lifeless body was found on March 11.

Cimafranca said Silawan’s mother told them that she saw blood stains near the vacant lot hours before they discovered the victim’s corpse, whose skull was skinned to the bone.

Cimafranca also said they have to gather more evidence and information to prove their theory, including further examinination of the closed-circuit television (CCTV) footage they obtained from nearby establishments.

(We are also checking the CCTV footage if we could get a part of the footage showing the victim warding off the suspect hand, a sign that they were arguing. We will also look for witnesses to corroborate this theory.)

On the other hand, Cimafranca said the 17-year-old suspect, believed to be Silawan’s former boyfriend and schoolmate, will undergo DNA examination, including several clothing items he owned and worn.

“We have recovered some clothings of interest, iyang kalo. Ang amo lang we will subject him to a DNA examination,” Cimafranca said.

(We have some clothings of interest, his ball cap. Then we will subject him to a DNA examination.)

When asked if the clothes they obtained bore several blood stains, the NBI – 7 acting director was, however, tight-lipped on this./dbs