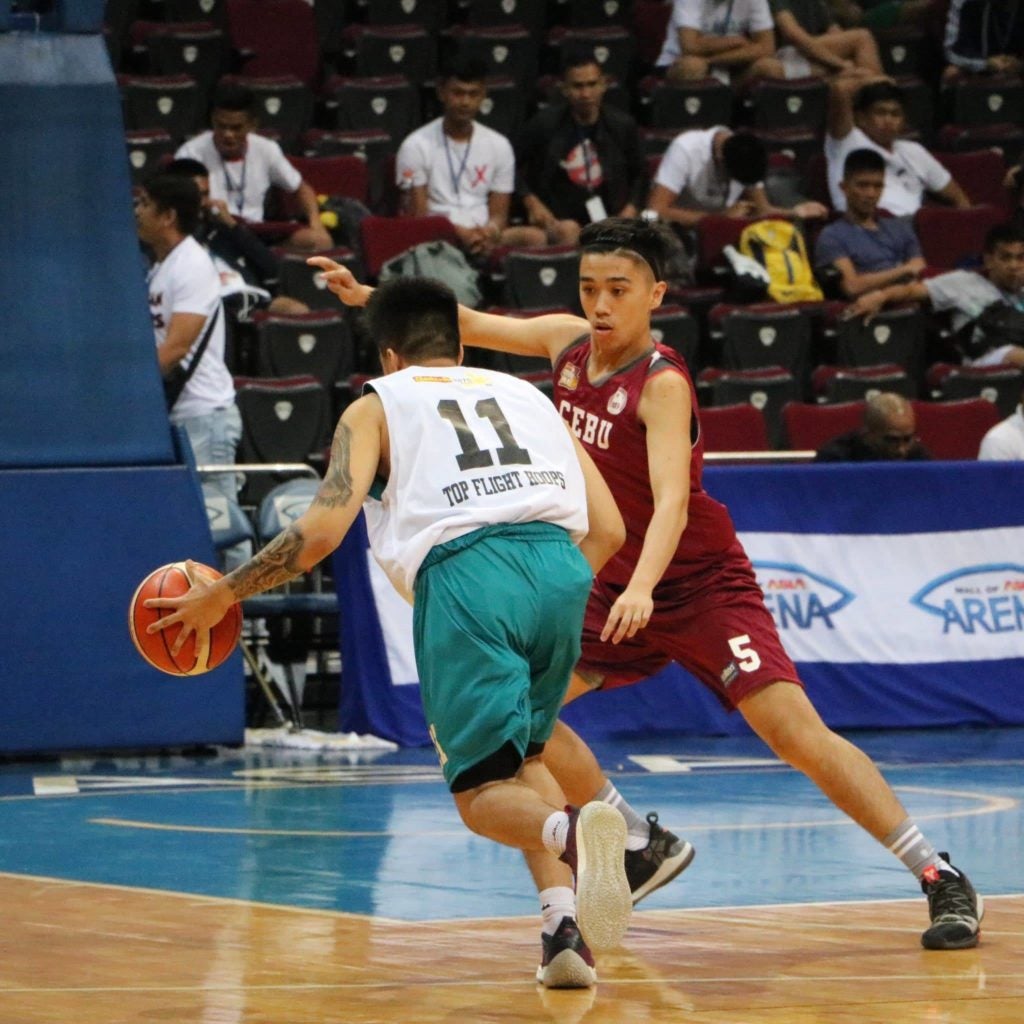 JM Ang of SWU defends a player from Top Flight Vancouver in a Supreme 16 game in the NBTC National Finals at the Mall of Asia Arena. | photo from MoA

Cebu City, Philippines — The 81-83 defeat at the hands Top Flight Hoops Vancouver in the NBTC National Finals may have been disappointing but it certainly did not take away from what the Baby Cobras of Southwestern University (SWU)-Phinma were able to do: show that there is plenty more to Cebu high school basketball apart from the perennial powerhouse squads.

SWU-Phinma head coach Jerry Abuyabor shares that he is mighty proud of his wards and is sure that they — himself included — will be bringing home a lot of information that they can use to better themselves in time for the Cesafi high school basketball wars later this year.

“For us, we didn’t take that as a defeat. It was a very nice and great experience,” said Abuyabor.

Abuyabor also shared that they were not able to immediately foul during the game’s crucial moments as his players were hesitant to send a great free-throw shooter to the charity stripe with them being down one, 81-82, at that time.

The Baby Cobras were only able to give up a foul and send an opponent to the line with just 3.5 seconds remaining.

“We were going for a steal and if we couldn’t get one, then go for the quick foul. I understand that my players were having second thoughts on fouling the player bringing the ball because he was a good shooter,” Abuyabor said.

Preparing for the Cesafi

Nevertheless, Abuyabor said he is, for the moment, content at what his team was able to do: break a 25-year big tournament drought.

“The Baby Cobras came from nowhere to end a 25-year drought. The national finals was just a big bonus for us,” Abuyabor relayed.

With their campaign in this tournament over, the Baby Cobras will now turn their attention to preparing for the Cesafi with a long summer of training and conditioning awaiting them.

No matter what the Cesafi holds, Abuyabor said every single player gained confidence from this campaign.

“The tournament will fuel us more confidence, especially that all of them had almost the same playing time, no one was benched. For the meantime, we will intensify our practices and focus on the Cesafi.” /bmjo

Read Next
Marriott’s Fairfield Inn to rise in Mactan