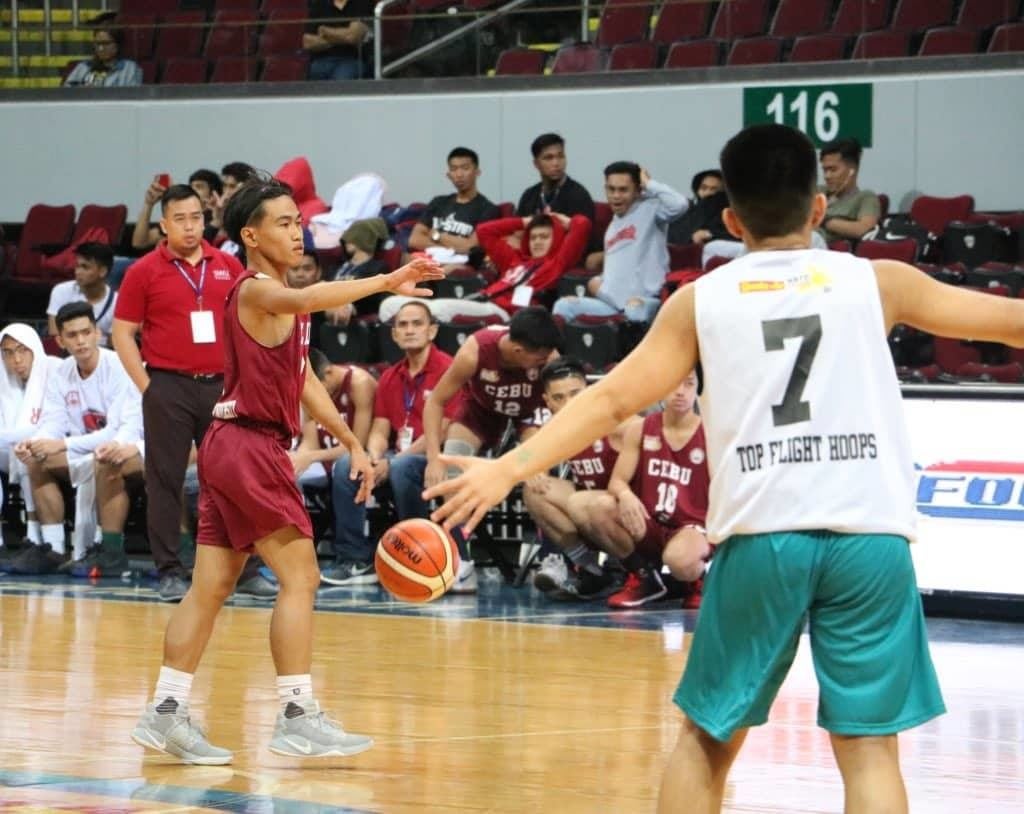 Kendall Limana of SWU-Phinma orchestrates the offense against Top Flight Hoops Vancouver in the Supreme 16 Stage of the NBTC National Finals. | photo from Mall of Asia

Cebu City, Philippines — The very last Cebu team in Division 1 has fallen after the Southwestern University (SWU)-Phinma Baby Cobras got edged by the Top Flight Hoops Vancouver, 83-81, in the Supreme 16 stage of the Chooks to Go/NBTC League 2019 National Finals, on Wednesday, March 20, 2019, at the Mall of Asia Arena.

The loss was a bitter pill to swallow for the NBTC Cebu champions, which pulled to within one, 81-82, after an short stab by JM Arana, with 23.5 seconds to go.

With the shot clock turned off, SWU-Phinma curiously took a long time to give up a foul, waiting until there were only 3.5 seconds remaining before doing so.

Read more: SWU-Phinma gears up for tougher battle ahead in NBTC National Finals

Vancouver’s Jerric Palma gave the Baby Cobras a sliver of hope as he made just one of two free throws. But with little time remaining, SWU-Phinma was forced to heave up a prayer of a shot that was not answered as time expired.

Meanwhile, the University of San Jose-Recoletos (USJ-R) also got booted out from the tournament in Division 2 after suffering a 75-50 loss at the hands of Bulacan. /bmjo