Release of Silawan slay suspect has no bearing on the murder rap lodged against him, says Isles 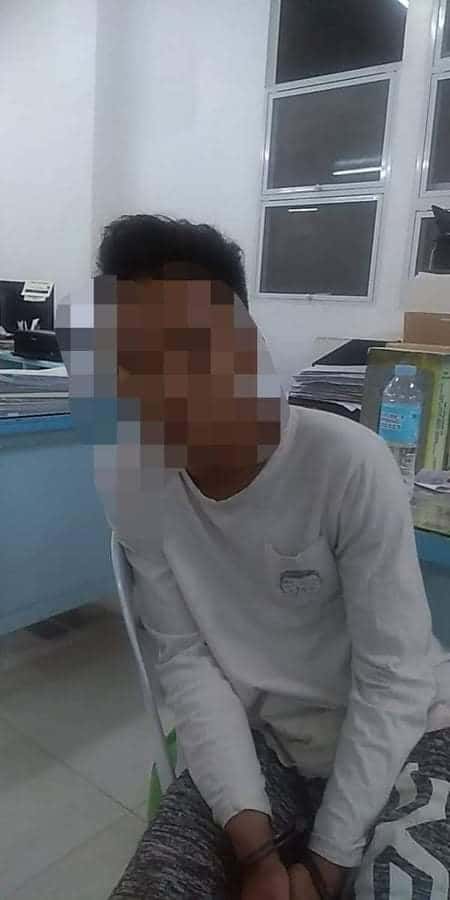 The 17-year-old suspect in the murder of Christine Lee Silawan following his arrest on the night of March 16, 2019 at his residence in Barangay Maribago, Lapu-Lapu City by operatives of the National Bureau of Investigation in Central Visayas (NBI-7). | CDND Photo/ Paul Lauro

CEBU CITY, Philippines — The release on Saturday of the  17-year-old male tagged as the primary suspect behind the killing of Christine Lee Silawan will have no direct effect on the murder complaints lodged against him.

“The release of my client does not have anything to do with the strength of the case,” lawyer Vincent Isles, legal counsel of the suspect, told CDN Digital.

Isles said the order to release his client was in line with the ruling of the Lapu-Lapu City Prosecutor’s Office that the warrantless arrest made was invalid.

“The case is still up to the city prosecutor, (to decide),” he added.

Operatives from the National Bureau of Investigation in Central Visayas (NBI -7) nabbed the suspect at his house in Barangay Maribago, Lapu-Lapu City on March 16 after identifying him as a prime suspect in the killing of 16-year-old Christine Lee, whose mutilated body was found in a vacant lot in Barangay Bangkal, Lapu-Lapu City on March 11, 2019.

In earlier interviews, NBI-7 claimed the arrest was made without a warrant since they were conducting a hot pursuit operation.

On the other hand, Isles slammed Presidential Anti-Corruption Commission (PACC) Chairman Dante Jimenez who expressed disappointment over the “hasty” investigation on Silawan’s death.

“The reason for the release was because the arrest on 16 March 2019 was an invalid warrantless arrest, not because the CICL (children in conflict with the law) executed an extrajudicial confession without the assistance of a lawyer,” Isles on the comments section of a news item published by CDN Digital pertaining to Jimenez’s statements.

“Please, Mr. Jimenez, take the time to know the details before you open your mouth. You just confuse the public more,” he added.

Since his release, Isles said the young suspect has been brought to an undisclosed safe house./elb