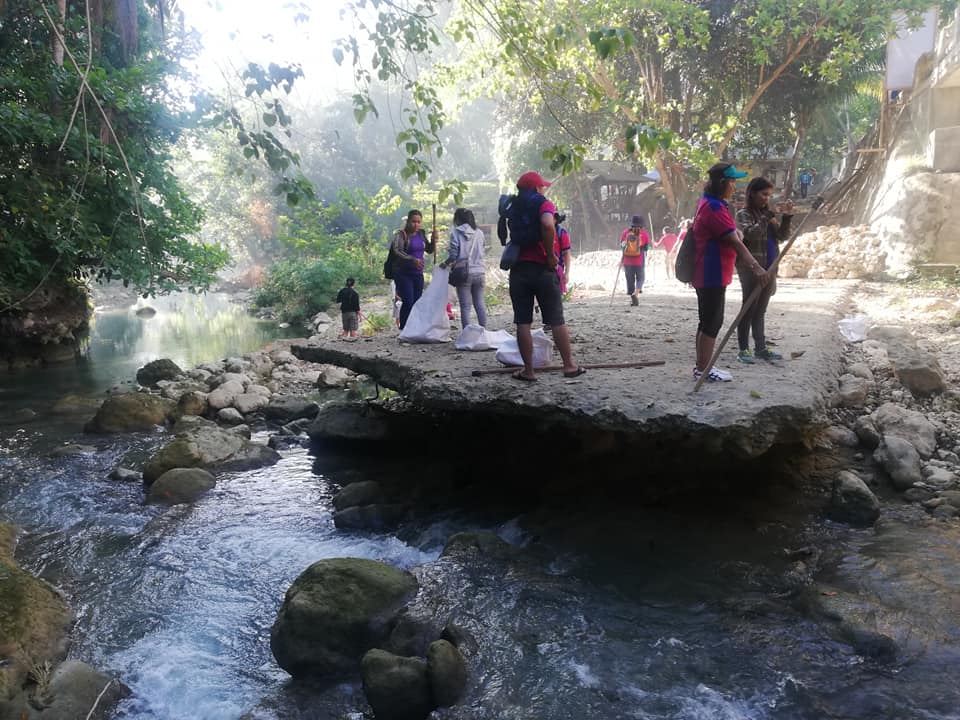 Employees of the Department of Environment and Natural Resources in the region and some volunteers helped in the March 22 clean up of the Luyang River in Carmen town in northern Cebu./Photo from DENR Central Visayas FB page

CEBU CITY, Philippines – The Department of Environment and Natural Resources in Central Visayas ( DENR-7) entered into partnership with at least 94 institutions, most of which are located near the riverbanks, for the rehabilitation of 10 identified rivers in the region under the agency’s Rivers for Life Program.

In a statement released today, March 25, DENR-7 Regional Executive Director Gilbert Gonzales said that the memorandum of partnership will ensure the rehabilitation and sustainable management of the Luyang in Carmen town,  Bulacao River in Cebu City, and the Butuanon River in Mandaue City.

Other rivers covered by the program are the Manaba, Abatan and Inabanga Rivers in Bohol; the Banica, Sicopong and Panam-angan Rivers in Negros Oriental and the Señora River in Siquijor.

Gonzales said their partnership with private institutions is meant to solicit a unified action from stakeholders, including the private sector, in their river clean-up efforts.

“We recognize the support that we are now getting from our partners, especially the support coming from the local government units and private establishments for their commitment to help us address the huge volume of silt, wastes, and other debris that have affected our river systems in the region,”  Gonzales said. 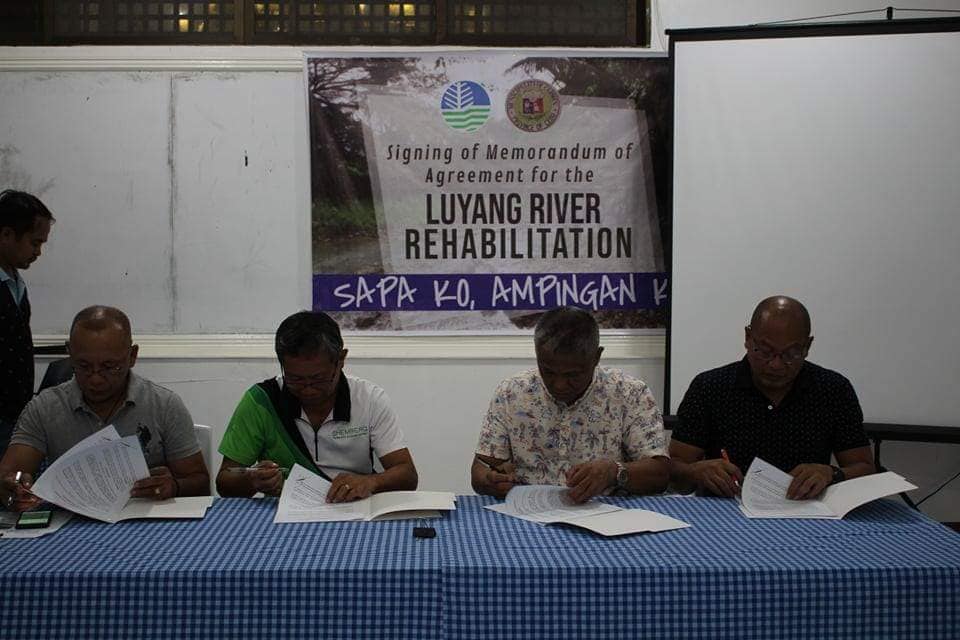 Environment and Carmen town officials and their private partners signed an agreement for the sustainable management and rehabilitation of the Luyang River. /Photo from DENR Central Visayas FB page

DENR-7 entered into a memorandum of partnership with the participating institutions in separate gatherings held from February to March 2019.

The agency and its partner institutions, 83 of which are private firms, will take part in environmental improvement efforts including information and education campaigns, community mobilization activities, training programs and the conduct of regular clean-up activities on the 10 identified rivers in the region.

Last March 22, DENR-7 and some 8,000 volunteers hauled at least 23 tons of garbage which they collected during a simultaneous river clean-up held across the region.

“With the strong support of our partners and the communities ensuring that these rivers are properly rehabilitated and would remain clean, we can pass on to the next generation, much healthier and safer water resources,” said Gonzales.

Businessman Robert “Bobby” Lim Joseph said efforts to save the environment, particularly the rivers of Cebu, needs to be done the soonest possible time considering the impact of water pollution on the economy and the quality of life of the Cebuanos.

Joseph, honorary consul to the Republic of Latvia, was in Cebu last week to meet with members of the Rotary Club of Metro Cebu to discuss measures on how they can help in the government’s initiatives to clean the country’s waterways. He is also an advocate of sustainable tourism, environmental protection and  one of the forefront promoters of the Manila Bay clean-up efforts.

Saving the environment and ensuring the sustainability of Cebu’s natural resources is necessary if businesses will want to thrive, Joseph added.

Bobby Pacaña, president of the Rotary Club of Metro Cebu, said they are prepared to collaborate with government institutions in the implementation of programs that will protect the environment.

Pacaña said that having a sustainable environment is beneficial to businesses and the locals because this will bring more investors and opportunities to our shores./dcb