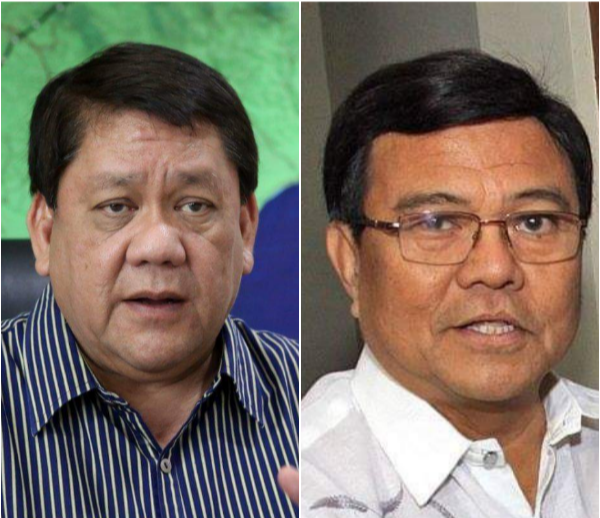 CEBU CITY, Philippines — The live debate is on for the candidates of Cebu City’s mayoralty race.

And reelectionist Cebu City Mayor Tomas Osmeña and the Vice Mayor Edgardo Labella will face off on April 22 at 9 a.m. at the City Sports Club Cebu.

Regal told CDN Digital in a phone interview on Tuesday, April 2, about the official schedule of the live debate.

He said that the schedule of the debate would be the week after the Holy Week.

“They are also very pleased with their acceptance because this will also give the voters the avenue to assess their candidates especially that they will be put under pressure in answering the questions and proving their point,” said Regal about the scheduled live debate.

Regal posted the IBP Cebu City challenge on April 1 in his FB page.

Osmeña, the standard bearer of Bando Osmeña-Pundok Kauswagan (BO-PK) and Labella, the mayoralty candidate of Barug-PDP Laban, both said yes to the challenge.

On his Facebook page, Osmeña, said that he accepted the challenge of IBP to face his political opponent on stage.

“Game on! What do I have to be afraid of if I have nothing to hide?” said Osmeña in a post on Monday evening, April 1.

This was Osmeña’s reply to the challenge of IBP Cebu Chapter President, Lawyer Regal Olivia, on her facebook page saying, “As President of the IBP Cebu City Chapter, I am calling the attendance of the candidates for Mayor and Vice Mayor of Cebu City to a debate. IBP will moderate. Details to follow. #StayTuned.”

Labella, standard bearer of Barug-PDP Laban, also accepted the IBP’s challenge to a debate, saying he is ready to face Osmeña “anytime, anywhere.”

“Ok ra na. (That’s okay.) I’m just waiting for the schedule. They can choose the schedule about governance, SRP (South Road Properties), bisan unsa,” said Labella in an interview before the regular session of the City Council on Tuesday, April 2.

Labella said that heated arguments would be expected during the elections because of the opposing views.

“That’s okay. That’s the working of democracy. That’s how democracy works,” he said.

Labella assured that despite the heated arguments between him and the mayor on Facebook, he would remain cool about it as none of these were personal.

“Anyway, all of us I think have the best intentions for the city,” he said.

“It’s a democratic country. Anybody can debate anyone. But I remember when we were still together that he told us to never debate with your opponent especially when you are ahead in the survey. I hope you know what I mean,” he added.

“We will just need to check the parameters of the debate as set by IBP. We just need to prepare. We don’t want to go there unprepared,” said Delos Santos.

Delos Santos said she had agreed to the debate because she believed that in the proper venue, the debate could help the people know more about the candidates.

“May the best woman win,” she said as a message to her opponent, former Mayor Michael Rama, who is running as vice mayor under Partido Barug-PDP Laban.

Rama, however, has yet to announce his agreement to the live debate of the IBP Cebu City.