CEBU CITY, Philippines — The Archdiocese of Cebu issued an Oratio Imperata for rain as more local government units declare a state of calamity as a result of the El Niño weather phenomenon.

A copy of the prayer was released on Wednesday evening, April 3.

The prayer was issued by Cebu Archbishop Jose Palma and disseminated by Fr. Charles Louis Jayme, who serves at the Relief and Rehabilitation Unit of the Archdiocese.

“We beg you, Most Gracious and Merciful God, Please, let it rain,” said the prayer.

The El Niño weather phenomenon, which is expected to last until June, has already damaged at least P4 million worth of crops in Cebu City while six towns in Cebu province were already placed under state of calamity.

The Oratio Imperata hopes to bring forth rain to ease the effects of the El Niño. It will be prayed in all Masses in the Archdiocese after the communion.

The Oratio Imperata is a traditional Catholic invocation where the bishop leads the community in prayer for a special intention. / celr 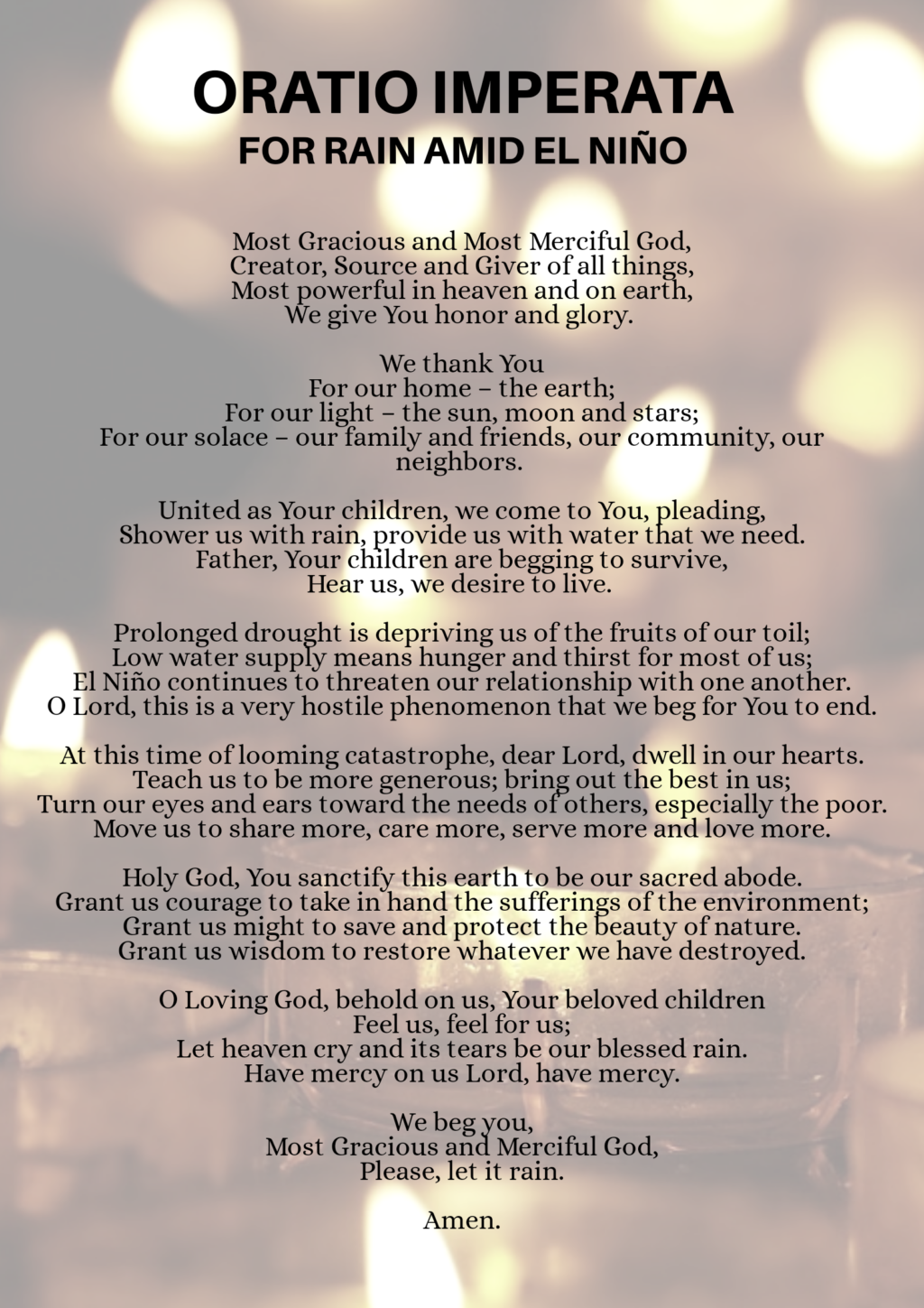