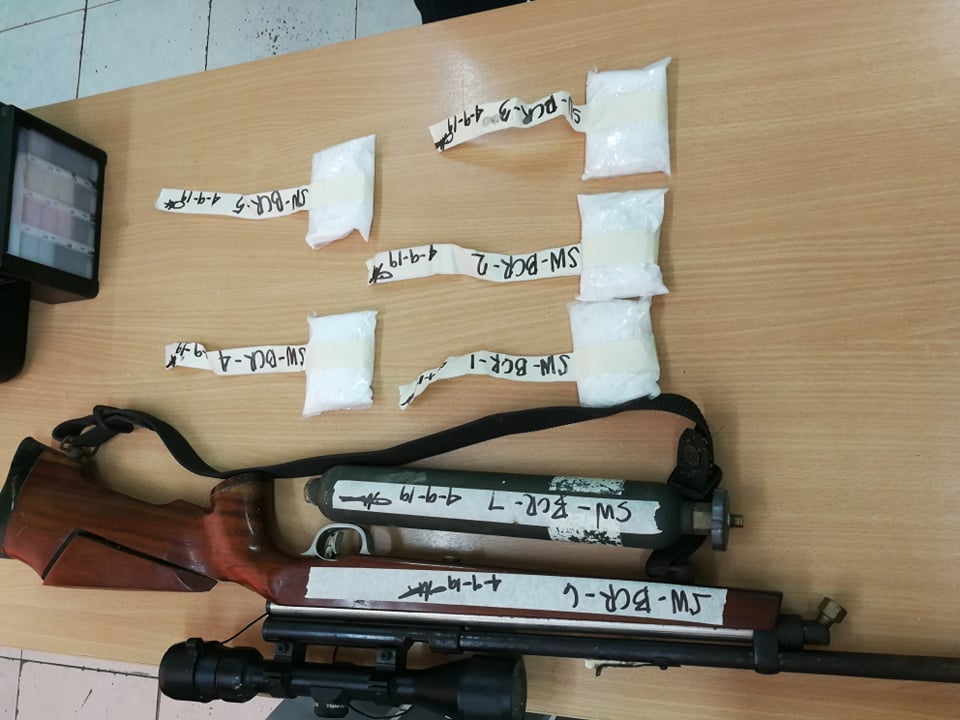 CEBU CITY, Philippines – Lawaan III Barangay Councilor Bimbo Ramos, who was arrested for the possession of over P3 million worth of illegal drugs, had links with top drug personalities in Cebu, said  Police Captain Alejandro Batobalonos.

Go was killed in June 2018 while detained at the Mandaue City Jail while Luague continues to elude arrest.

Batobalonos said that with Go’s death, Ramos would now source his supply of illegal drugs from Luague.

“His (Ramos’) supplier is Girly Luague, the number one most wanted drug personality here in Cebu province. Luague is also from Lawaan III and we have a pending warrant of arrest (for her),” he said.

Quoting information that they received from tipsters, Batobalonos said that Ramos was a drug protector who allowed peddlers to use his house as storage for their drugs supply.

Police also confiscated an airgun rifle from Ramos, but he said that this was a heirloom from his family.