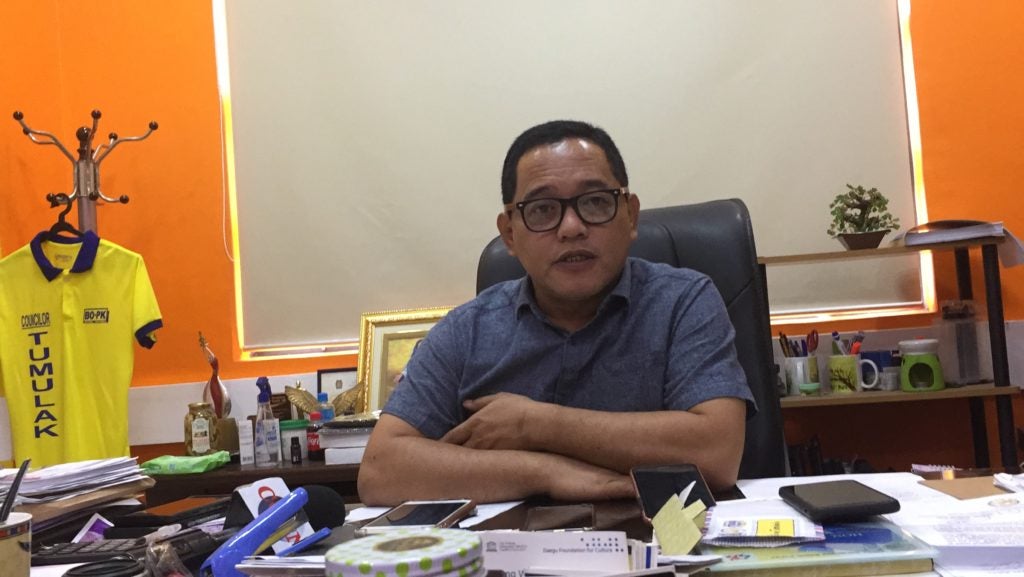 CEBU CITY, Philippines — Cebu City Councilor David Tumulak, deputy mayor on police matters, is calling on the police and barangay tanods to tighten the security in the city following a shooting incident inside a coffee shop in F. Ramos street on late Wednesday night, April 10.

(We are requesting the tanods and the police to conduct more foot patrol along the major thoroughfares.)

He also encouraged the police to intensify checkpoints and the implementation of the Commission on Election (Comelec) gun ban to deter any similar incident.

Tumulak also said that establishments would have to do their part as well in complying with the city ordinance on closed-circuit television (CCTV) for monitoring.

Aside from that, he also encouraged the public to create their own security and safety plans in their households and establishments to make sure that in the event  of a crime, they would know what to do and could immediately call the police.

Tumulak said he  hoped that the incident on late Wednesday night would remind the public to remain vigilant and cautious in the streets especially at night, and to report any suspicious activities.

At passt 11 p.m. of April 10, a man wearing full face helmet and a mask approached a coffee shop along F. Ramos street in Cebu City and fired at four individuals before running from the scene.

Two died in the incident including John Michael Hermoso, a renowned barista and co-owner of the shop, who was supposed to compete in the 2019 World Coffee Championships.

Along with him was a University of the Philippines graduating student, Kis Ramos, who died in the hospital following the incident.

Two individuals were also seriously wounded who are now recuperating in the hospital./dbs