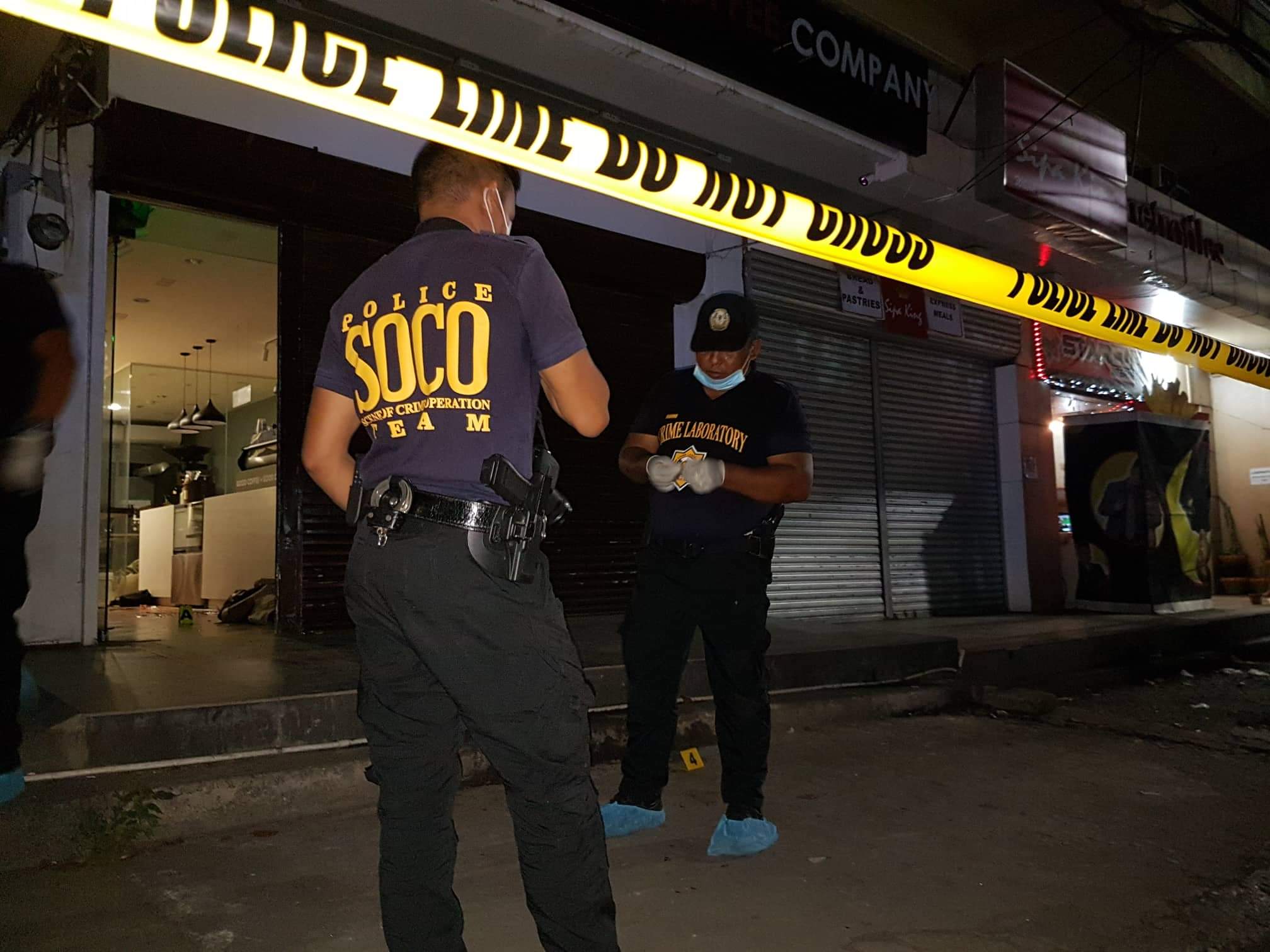 Police cordon the Good Cup Coffee Company on F. Ramos St., Cebu City where 2 persons were killed and 2 others were wounded by a masked gunman past 12 a.m. of April 11, 2019. | CDND Photo/Benjie Talisic

Police Major Eduard Sanchez, chief of the Fuente Police Station, said the investigation on the incident that killed two persons and wounded two others is still ongoing and that they are considering all possible angles, including the business side.

“An investigation is still going on. We’re still looking at all possible angles but we’re not discounting business-related ones,” said Sanchez.

Police said they are trying to find out the identity of the suspects who shot several employees of The Good Cup Coffee Company.

He said they received information that one of the victims who died, John Michael Hermoso, was the sole target of the suspects, who fled the scene on board a motorcycle.

But if so, police have one baffling question.

“We’re determining why the gunman shot the others if the target was the owner (Hermoso),” Sanchez said.

Sanchez said they are now in the process of obtaining closed-circuit television (CCTV) footage near the crime scene.

“The suspects did not barge the coffee shop. One of them disembarked the motorcycle, shot the victims from outside the establishment,” he said.

Police said they are now coordinating with the family of Hermoso.

She was rushed to the hospital but physicians declared her dead on arrival.

Two more employees of the coffee shop sustained gunshot wounds, and are still confined in the hospital for treatment.

Read Next
Venus Raj’s advice to schoolchildren: Obey your parents