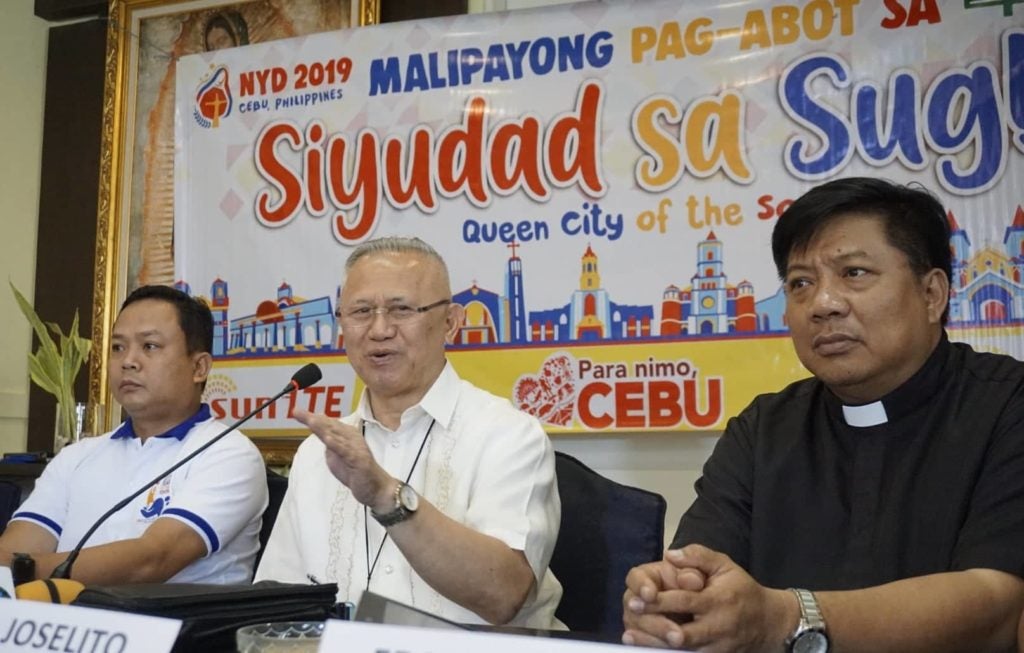 CEBU CITY, Philippines — Around 12,000 pilgrims will participate in the upcoming celebration of the National Youth Day (NYD) 2019 which will start on April 23 to 28.

Fr. Mark Rommel Barneso, steering team leader, told reporters that they were almost 100 percent for their preparation as the activity drew near.

“Karon we are on our time na sa pag-replenish na or finishing na sa mga angay humanon for the preparation of the National Youth Day,” Barneso said.

Barneso said that the Committee had allocated a budget of P35 million for NYD 2019, which came from donations and from the Archdiocese of Cebu.

He also expressed his gratitude to participating LGUs for the support that they had contributed, not just financially, but through offering their facilities for free without asking any conditions.

Based on their registration, Frankel Gerard Margallo, steering team overall youth coordinator, said that there were 11,692 pilgrims who were able to register for the activity.

This is much higher, compared to their expected participants of just around 10,000 pilgrims.

Majority of the participants come from 84 dioceses and 20 national youth organizations in the country.

“In Cebu alone, around 1,454 pilgrims were able to register,” Margallo said, adding that around 3,000 to 5,000 volunteers would also join the activity.

Margallo had also been thankful, after they were able to gather 2,986 foster families and 36 religious communities that would accommodate participants during the whole length of the activity.

“Other pilgrims are housed in common spaces such as seminaries and convent dormitories,” he added.

Margallo, however, revealed that there were still around 110 pilgrims who were still looking for foster families where they could stay.

“Ang atong mga LGU, mga forces, they’ve assured us and we are already actually just waiting for the execution of the many coordination meeting that we had since last year,” Gutierrez said.

He added that the police had assured them that augmentation forces would be deployed in participating LGUs in order to ensure the security of the participants.

Gutierrez added that they were also coordinating with different local traffic groups.

He also reminded politicians, especially official candidates, that the event would be a religious activity, and that no politicians would be allowed to speak during the activity.

He said that mayors might welcome participants but they would be prohibited to bring their whole slate.

(However, if they would go there together with the City Council to greet all participants, then that would be a different story.)

Cebu Archbishop Jose Palma also announced that the Apostolic Nuncio to the Philippines, Italian Archbishop Grabriele Giordano Caccia, would also be attending the NYD, along with 30 bishops in the country.

“I am hoping that the activity would be peaceful, joyful, fruitful and full of promises for the young people,” Palma said./dbs