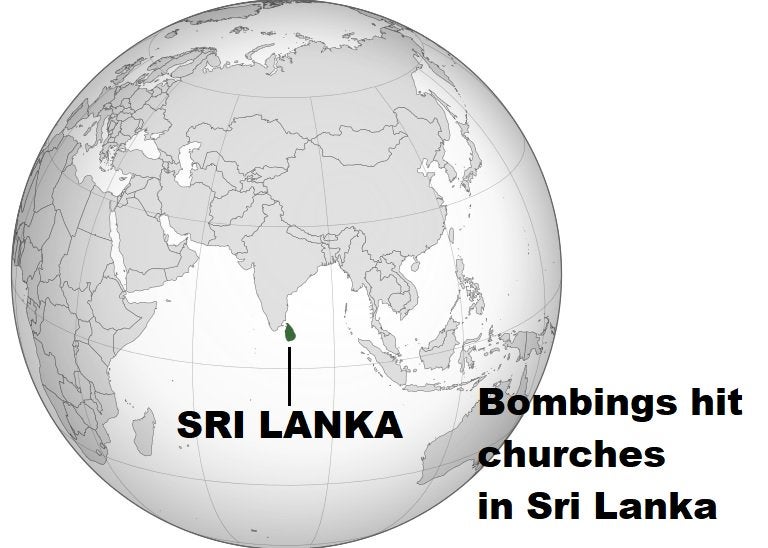 COLOMBO, Sri Lanka – At least 42 people were killed and 160 were wounded Sunday in a string of blasts at hotels and churches in Sri Lanka as worshippers attended Easter services, a police official told AFP.

The explosions hit three high-end hotels in the capital, where a church was also targeted. Two additional churches were hit, one near Colombo and the other in the east of the country, police said.

At least one of the victims was killed in Colombo’s Cinnamon Grand Hotel, near the prime minister’s official residence, where the blast ripped through a restaurant, a hotel official told AFP.

The first explosions were reported at St Anthony’s Church in Colombo and St Sebastian’s in the town of Negombo just outside the capital.

At least 160 people injured in the St Anthony’s blast had been admitted to the Colombo National Hospital by mid-morning, an official told AFP.

The nature of the explosions was not immediately clear.

“A bomb attack to our church, please come and help if your family members are there,” read a post in English on the Facebook page of the St Sebastian’s Church at Katuwapitiya in Negombo.

Shortly after those blasts were reported, police confirmed three hotels in the capital had also been hit, along with a church in the town of Batticalao, in the east of the country.

An official at the Batticaloa hospital told AFP more than 300 people had been admitted with injuries following the blast there.

Only around six percent of mainly Buddhist Sri Lanka is Catholic, but the religion is seen as a unifying force because it includes people from both the Tamil and majority Sinhalese ethnic groups.

Photos circulating on social media showed the roof of one church had been almost blown off in the blast.

The floor was littered with a mixture of roof tiles, splintered wood and blood.

Several people could be seen covered in blood, with some trying to help those with more serious injuries.

The images could not immediately be verified. /cbb

Read Next
Pope during Easter vigil: reject the ‘glitter of wealth’