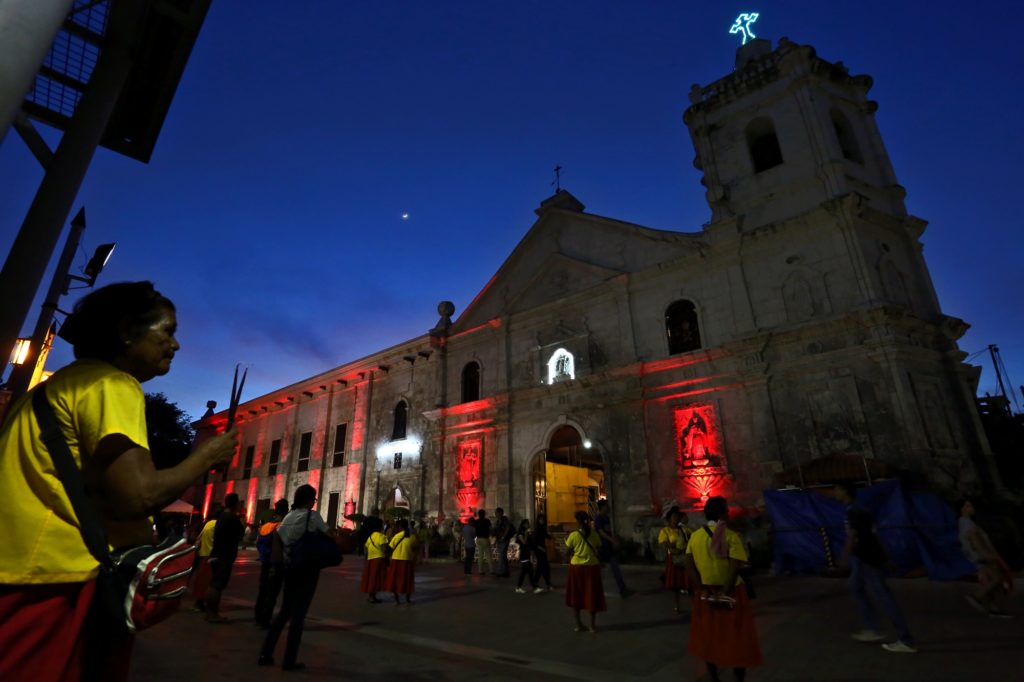 The Basilica Minore del Santo Niño will be closed to the public on starting at 4 p.m. of April 24 until 5 a.m. when the basilica will open the next day. | CDN file photo

CEBU CITY, Philippines — The Basilica Minore del Sto. Niño will be closed to the public for at least eight hours starting at 4 p.m of April 24 until 5 a.m. of April 25.

Fr. Genesis Labana, OSA, said that the Basilica would be closed to the public for the preparation of the 7 p.m. opening Mass of the National Youth Day (NYD).

Labana and the priests belonging to the OSA or Order of St. Augustine are the ones running the Basilica Minore del Sto. Niño.

Labana said that the Basilica would be open again to the public on Thursday, April 25.

“We hope for understanding of our devotees because we would like to prepare the Basilica for our Youth Pilgrims as we try to give them a genuine experience of the Sinulog,” he said.

At least 12,000 pilgrims and 3,000 volunteers will be attending the Opening Mass at the Basilica which will mark the first leg of activities of the five-day NYD event.

Aside from the that, road closures would also be expected.

The Cebu City Traffic Office (CCTO) announced that part of Osmeña Boulevard from P. Del Rosario Street to R. Landon Street would be closed to traffic as a procession would be held from the Cebu City Sports Complex to the Basilica Minore del Santo Niño on April 24.

The partial closure of these roads will begin at 2 p.m. until 7 p.m. or until after the procession will be finished.

The procession will include five carrozas carrying the images of St. Peter, Saint Joseph, Our Lady of Guadalupe and Señor Sto. Niño.

For security, the Police Regional Office in Central Visayas (PRO-7) will be deploying 1,408 personnel including force multipliers such as the Bureau of Fire Protection (BFP), tanods, and volunteers during the two events in the Cebu City Sports Complex and the Basilica.

Read more: NYD in Cebu: Palma asks public not to be afraid because of Sri Lanka bombings

Sinas said that although there had been no imminent threats to Central Visayas, the whole Cebu would be under red alert for the duration of the NYD. /dbs

Read Next
Scenes from the Sugat-Kabanhawan 2019 street parade