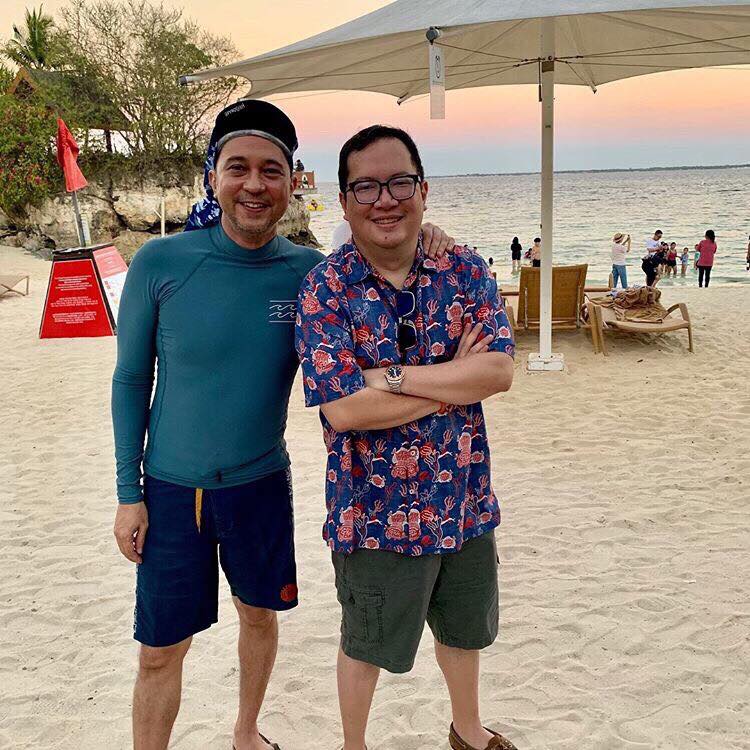 Bobby Andrews and Director Mark Reyes are seen in a resort in Lapu-Lapu City during the Holy Week. |IG

“So I bump Into this guy here in Cebu. The last time we were together on the beach was for #tgisthemovie @iambobbyandrews,” he captioned the photo.

Andrews who is popular in the 1990s also starred in several shows like “Growing Up,” “Ikaw Na Sana,” and “Ganyan Kita , Kamahal.”

Aside from “T.G.I.S”, Andrews and Reyes also worked together in 2005 fantasy series, “Encantadia” headlined by Iza Calzado, Sunshine Dizon, Diana Zubiri, and Karylle.

Reyes also helmed other series in Kapuso Network like “Inagaw na Bituin”, “Cain at Abel”, “The Cure”, “My Korean Jagiya”, “Because of You”, and “The Half Sisters.”

Other photos posted by Reyes on his Cebu vacation include eating lechon and a visit at Basílica Minore del Santo Niño de Cebú and Magellan’s Cross. | dbs