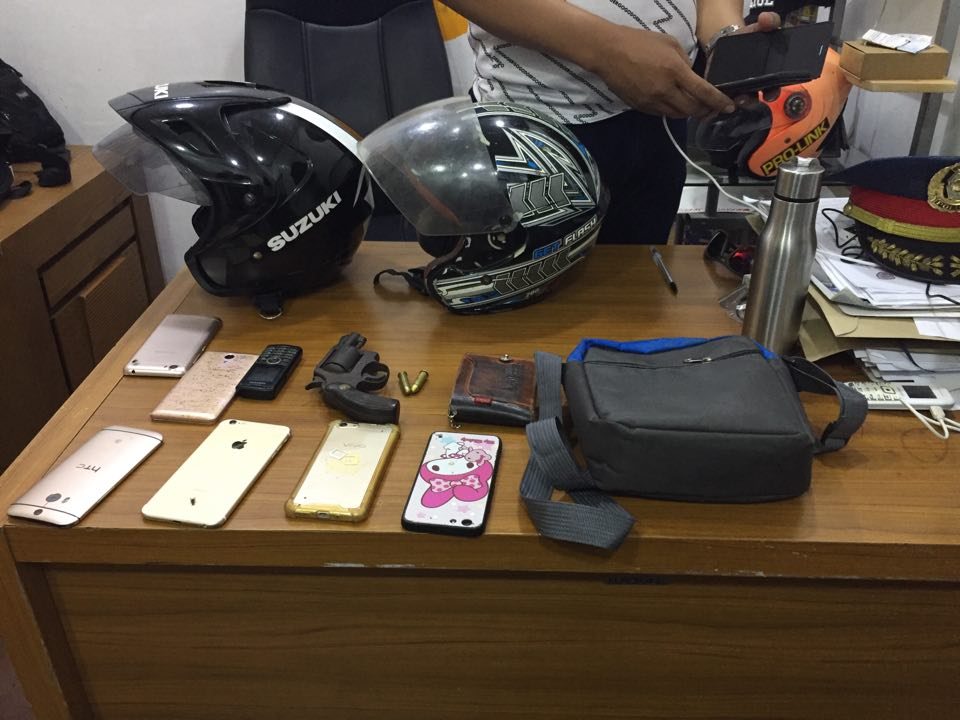 Evidence that police recovered from the suspects’ possession included cellular phones, a .38 caliber revolver and two helmets among others. /Rosalie Abatayo

MANDAUE CITY, Philippines — Robbery victims, mostly women, were unable to contain their anger when they saw the three men who were responsible for the series of robberies in Mandaue City.

Some of the victims started to hit the suspects with the umbrellas that they brought.

Jeffrey Malunjao, 43; Drexler Jabel, 22; and Ivan Ghon Bermejo, 19, were arrested by personnel of the City Intelligence Branch(CIB) and the Investigation and Detective Management Branch (IDMB) of the Mandaue City Police office (MCPO) during a hot pursuit operation at around 10 a.m. on Tuesday, April 30, or five hours after they robbed a food kiosk in Barangay Maguikay.

Victims who heard of their arrest rushed to MCPO and positively identified the suspects as the ones who robbed them of their cash and valuables.

Colonel Julian Entoma, MCPO director, said that the suspects would victimize small shops, food kiosks, salons and spas among others.

Bermejo, who is the youngest in the group, would serve as their spotter and look out. 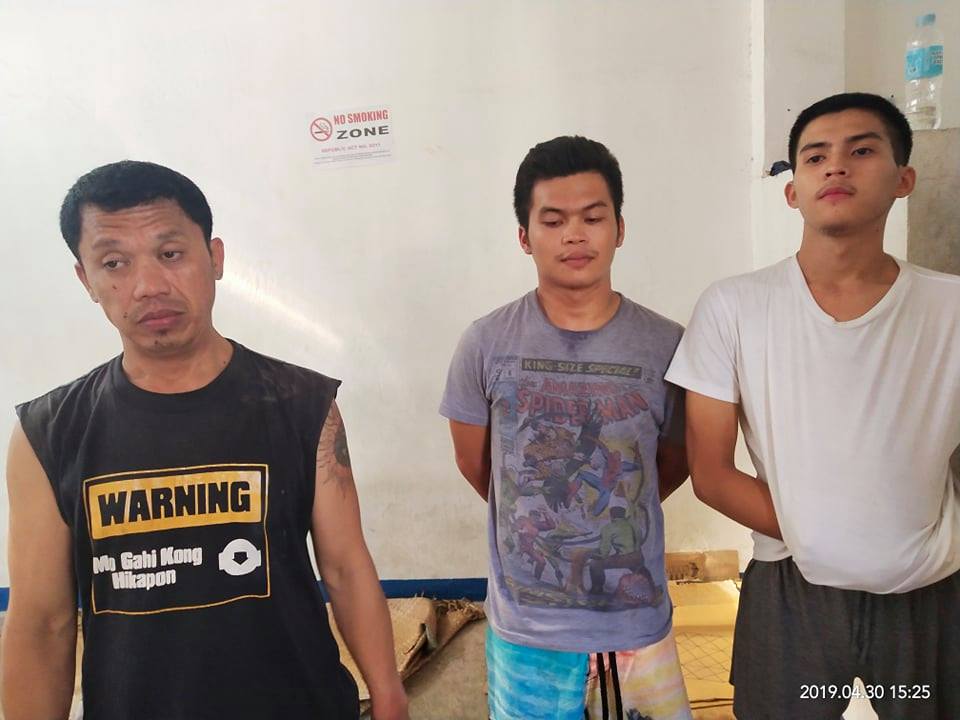 Police obtained a closed-circuit television (CCTV) footage which showed Malunjao and Jabel while they robbed a commercial establishment.

They also recovered from the suspects possession two motorcycles which they allegedly use as their getaway vehicle, two .38 caliber revolver with three live ammunitions, and two helmets.

The group first robbed a food kiosk on Palm Sunday, April 14. This was followed by at least four other robbery incidences since.

Malunjao and Jabel admitted to their involvement in the series of robberies in Mandaue City.

In an separate interview, Jabel said that it was Malunjao who approached him and asked him to join their robbery operations.

“Tagaan ra man ko niya unya siya na daw bahala sa tanan (He only gives me a part of the loot. He said that he will take care of everything.),” said Jabel.

Bermejo denied any involvement in the series of robberies that his two companions have committed. He said that he was merely implicated after he was seen in the company of the two men during their arrest.

Entoma said they will continue with their heightened monitoring of robbery groups in the city despite the arrest of the three suspects.

He said that there is another robbery group that is operating in the city now./ dcb