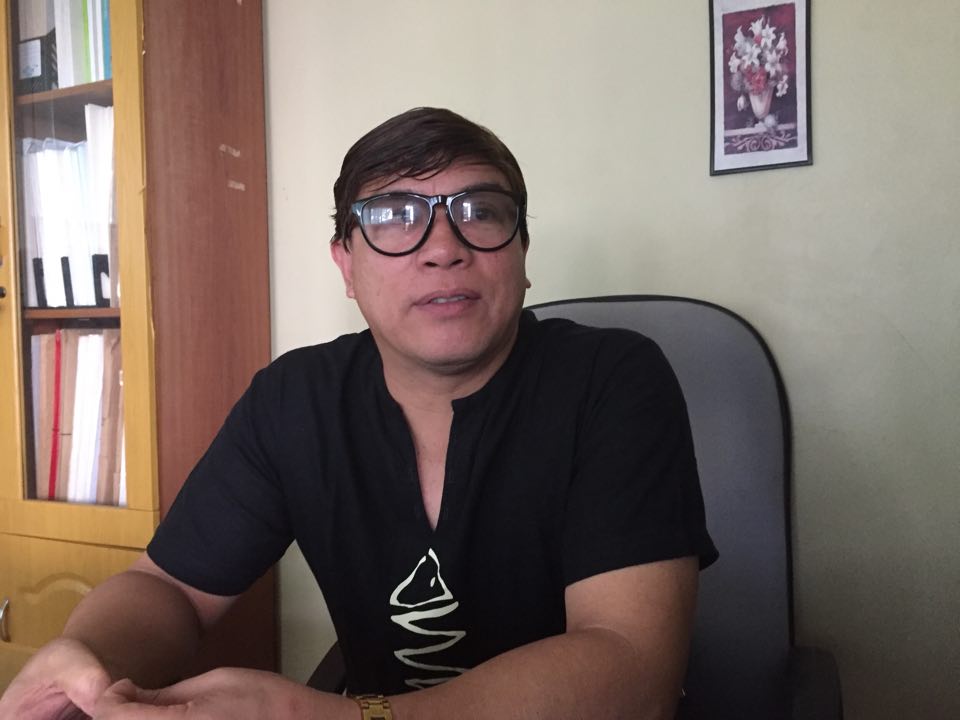 Sudlon I Barangay Captain Dante Tabucal says fellow cops are responsible for the death of Police Corporal Feliciano Yballe Jr. a few minutes past midnight on Tuesday, May 1, 2019 in Barangay Sudlon I, Cebu City.

CEBU CITY, Philippines – Police Corporal Feliciano Yballe Jr. was killed by fellow cops who barged into his home in Barangay Sudlon I a few minutes past midnight on Tuesday, May 1, 2019.

This was the pronouncement of Sudlon I Barangay Captain Dante Tabucal in an interview with CDN Digital.

Quoting accounts by his barangay tanods (village watchmen), Tabucal said that policemen assigned at the Toledo City Police Station and some uniformed personnel belonging to the Special Weapons and Tactics (SWAT) force went inside Yballe’s home before he was killed.

But tanods were uncertain what the operation was for because it was not coordinated with the barangay.

Tabucal said that tanods then heard Yballe scream before he was silenced by several gunshots.

(The village watchmen, who responded in the scene, were not able to enter Yballe’s house.)

Police leadership have remained mum on the death of Yballe.

Police Colonel Manuel Abrugena, director of the Cebu Provincial Police Office (CPPO), was not in his office today and did not take calls made to his cellular phone.

Brigadier General Debold Sinas, the director of the Police Regional Office in Central Visayas (PRO-7), could not also be reached for comment.

Police sources said that Yballe used to be assigned with the Drug Enforcement Unit of the Pardo Police Station before he was reassigned to the Cebu City Mobile Force Company.

Tabucal said that his tanods saw at least five vehicles arrived at Yballe’s home a few minutes past midnight of Tuesday, May 1, 2019. The vehicles transported the policemen, some of whom were in complete uniform while the others were in civilian clothes.

He said that gunshots were heard shortly after policemen barged into Yballe’s home. Tabucal said that Yballe’s live-in partner is still in a state of shock.

She was with the policemen inside their home when the police team arrived. Personnel from the Scene of the Crime Operatives (Soco) arrived in the area to process the crime scene and retrieve bullet slugs.

Yballe’s body was then brought to the Cebu City Medical Center (CCMC) before it was transferred to the funeral home.

Both refused to issue any statement on Yballe’s killing.

Tabucal, who visited the Yballe residence at around 8 a.m. today, said that he too wanted to know what actually happened earlier today. But at the same time, he is asking Cebuanos not to immediately cast judgement on the police pending any investigation on the incident.

He told CDN Digital that he urged the CPPO to reveal the nature of the operations since it is now a cause of fear among the residents of Sudlon I.

Tabucal said Yballe was always a good neighbor to the residents and they became friends when Yballe was assigned as a barangay police.

He said he was surprised upon hearing about the incident. He also did not expect to hear allegations that Yballe was involved in the illegal drug trade.

“If we look closely at his lifestyle, he can’t have been involved in drugs because he even had financial problems,” said Tabucal.

Yballe left a common-law-wife, who is pregnant. They also have two children.

The family refused to issue any statement to the media regarding Yballe’s death. / celr