Chan, Radaza accuse each other of harassment 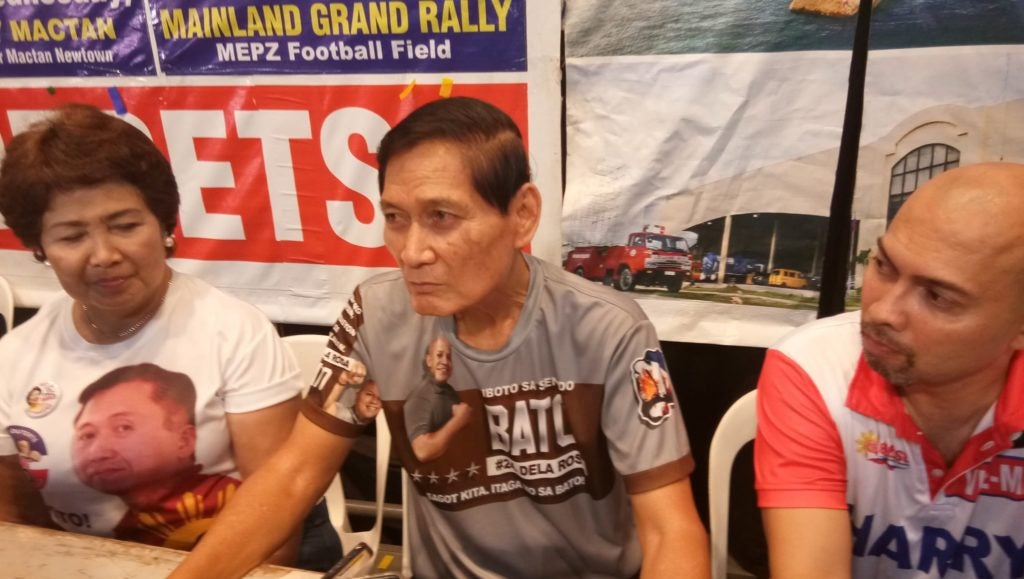 Former mayor Arturo Radaza said that accusations of harassment raised by his opponent Junard Chan was meant to create chaos in their city. /Futch Anthony Inso

LAPU-LAPU CITY, Philippines – Pajo barangay captain and Lapu-Lapu City mayoralty candidate Junard “Ahong” Chan has ones again accused the Radazas of deploying people in the Olango Island to harass his leaders and supporters.

Chan alleged that five to six men where spotted  visiting the eight barangays in the island that is located off mainland Mactan Island to look for his leaders and convince them to shift support to the camp of mayoral candidate Arturo Radaza.

(We have been getting reports that a group of unidentified men have arrived on the island and would visit the homes of our leaders.)

On the contrary, Radaza said that it was Chan who has been planning to harm members of their family.

Radaza said they are now trying to augment their security following reports that Chan wanted their house and that of incumbent councilor and vice mayoral candidate Harry Radaza raided by the police.

(We have been hearing stories that they plan to plant shabu and firearms on our vehicles.)

Chan already raised a concern on the alleged harassment of his supporters before Brigadier General Debold Sinas, director of the Police Regional Office in Central Visayas (PRO)-7, in a meeting held at the conference room of the Lapu-lapu City Police Office (LCPO) on Saturday, May 4.

He said that Sinas has advised his group to ensure their security and to immediately report to authorities incidents of harassments and other election-related violence agains their camp.

This was not the first time that Chan has accused the Radazas of harassment.

He also wrote Sinas and Police Colonel Limuel Obon, director of the Lapu-Lapu City Police Office (LLCPO), earlier to complain that his supporters were harassed while campaigning for him.

Chan also sought to declare of the city under the Elections Watchlist Areas (EWAs) orange category following the killing of his supporter Cesar Siaton, who was shot by a still unidentified gunman on April 27. Siaton died while admitted at the Vicente Sotto Memorial Medical Center.

But Obon said that an orange classification was unnecessary especially with the drop in the city’s crime rate in the last four months.

(I haven’t heard of any incidents of harassment against his supporters.  All these are his personal claims. Clearly, he is trying to make a scenario here.)

Radaza also agreed with Obon that there was no need to place their city under Comelec control in the May 13 polls.

(He (Chan) is just looking for an excuse to bring in augmentation troops so their allies can be assigned in the city. He wanted to create chaos in the city.) /dcb

Read Next
Watsons holds ‘World of Wellness’ at SM City