Nuggets tie series with Blazers at 2-2 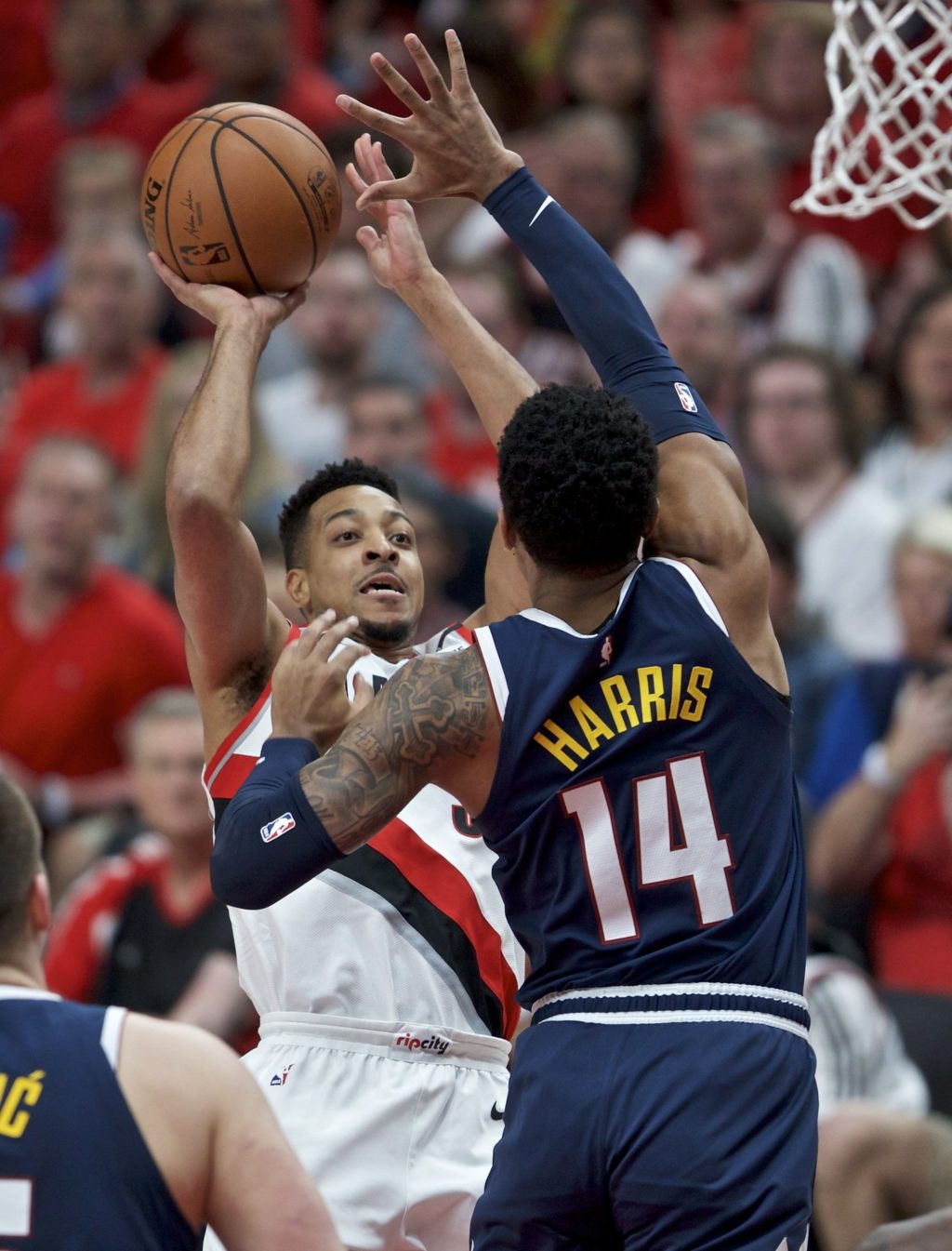 PORTLAND, Oregon — Nikola Jokic had 21 points, 12 rebounds and 11 assists for his second straight triple-double and fourth of the playoffs, and the Denver Nuggets evened their Western Conference semifinal series against the Trail Blazers at 2-2 with a 116-112 victory on Sunday (Monday morning, Philippine time).

Jamal Murray led all scorers with 34 points and made all 11 free throws for the Nuggets, who handed Portland their first postseason loss at home this season. The series now heads back to Denver for Game 5.

CJ McCollum had 29 points and Damian Lillard added 28 for the Blazers, who missed out on taking a 3-1 lead in a conference semifinals for the first time since 2000.

Denver outscored the Blazers 27-14 in the third quarter to take an 84-77 lead into the final quarter. Malik Beasley kicked off the final period with a 3-pointer for the Nuggets.

Al-Farouq Aminu’s tip pulled the Blazers within 99-96 with 4:12 to go. Lillard narrowed the gap to one with a pair of free throws, but Will Barton hit a 3-pointer and the Nuggets held off Portland down the stretch, thanks largely to Murray’s free throw shooting.

But Murray’s free throws gave Denver a four-point lead. McCollum hit a long jumper that after a video replay was ruled a 2 and Denver prevailed for the win.

It was less than 48 hours after Portland’s epic 140-137 quadruple-overtime victory to take a 2-1 lead in the series. It was only the second game in playoff history that went to four OTs. The other was in 1953.

Jokic played 65 minutes in the quadruple-overtime loss, the fourth-most minutes in NBA playoff history and just two short of the record. McCollum led the Blazers with 60 minutes.

Fatigue was more of a concern for the second-seeded Nuggets, who had just one day off after their seven-game, first-round series against San Antonio. The Blazers dispatched of first-round opponent Oklahoma City in five games, clinching their first trip to the conference semifinals since 2016 on Lillard’s buzzer-beating 3-pointer.

Enes Kanter started for Portland despite ongoing concerns about his left shoulder, which he injured in Game 5 against the Thunder. He and Jokic have been physical adversaries through the first three games, and Kanter said after Friday’s game that the shoulder separation was worse and wasn’t sure he could play.

Seth Curry made three straight 3-pointers — all in the space of a minute — to put Portland up 53-46 in the second quarter. Curry added a 3 at the buzzer to send Portland into halftime with a 63-57 lead.

Curry, the younger brother of Golden State’s Stephen Curry, had 16 points in the first half, 14 of them in the second quarter.

The Nuggets opened the second half with an inspired 10-2 run to go up 67-65. Paul Millsap’s 3-pointer gave Denver a 78-72 lead, and after a couple of calls that went against Portland and drew the ire of the Moda Center fans, Jokic added a bank shot. /bmjo

Read Next
Animal fat for a city?