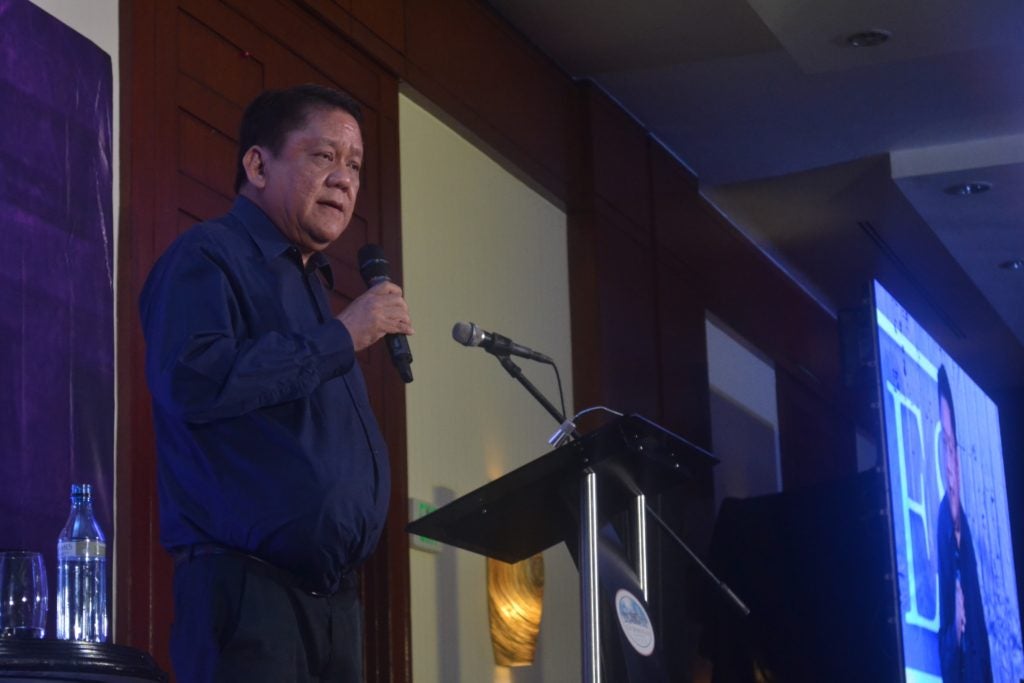 CEBU CITY, Philippines — Cebu City Mayor Tomas Osmeña brought to the Integrated Bar of the Philippines (IBP) Cebu City Chapter mayoralty debates some of the victims of alleged police brutality in the city.

The wife of mauled drug suspect, Eddie Basillote, was present during the debate with her child on her arms. She was called to stand by the mayor when they began debating about the closed-circuit televisions (CCTVs) in the city.

The mayor referred to her as an example of a victim whose abuse was recorded on the CCTV. On April 18, the video of the arrest of Basillote surfaced on social media showing at least six men mauling the Basillote and two other men inside the establishment where the alleged police raid was conducted.

Seen on the video was Basillote’s pregnant wife and their infant child, who was accidentally hit by the long firearm of the alleged Talamban police wearing civilian clothes conducting the operations.

In the debate, Basillote’s wife stood up when called upon by Osmeña shortly after his opponent, Vice Mayor Edgardo Labella, denied that the police were involved in the threats and abuses to the public.

“I cannot agree that there is a rampant criminality initiated by the police. It is a very wrong conclusion, we need to investigate thoroughly who are the culprits. We never know that this is the political maneuvering of the opposing political camp,” said Labella.

Labella also said that the city had lacked enough CCTVs to deter crimes, despite the ordinance mandating that all major thoroughfares, streets, and public places would have CCTVs for security.

Osmeña said that the city had continued to improve in putting up more CCTVs in the city and even releasing budget to install dashboard cameras on jeepneys.

He also said that the fact that the abuse of Basillote and his wife was caught on CCTV would show that the city had sufficient CCTVs to catch crimes.

Later on the debate, when the candidates threw questions at each other, Osmeña once again called another “victim” of police brutality, the son of the slain Barangay Lusaran tanod, Renato Goc-ong, Sr., and his also slain wife, Emma.

Osmeña asked Labella if he did not feel for the son of the Goc-ong couple who became an orphan along with his three other siblings following the death of their parents in a police operation.

The Goc-ong couple died in a shootout with the police when Renato Sr. allegedly resisted the police who came to his home searching for loose firearms on February 22.

“People are suffering. There are people who are crying. I would like to introduce to you, Renato. Renato’s father and mother were killed by the police. His brother is a living witness to the incident. I would like to ask Vice Mayor Labella, don’t you have feelings for these people?” said Osmeña to Labella.

Renato Jr., the son of the Goc-ong couple, stood up upon introduced, to which Labella asked if it was allowed. The son sat down shortly afterwards.

“I sympathize with him,” said Labella.

The arbitrators of the debate asked the candidates not to allude to anybody in the audience, who was not part of the debate, although this was not exactly in the guideline.

In a text message to CDN Digital, Lawyer Regal Oliva, president of the IBP Cebu City Chapter, said that Osmeña’s referring to the audience was not actually in the rules and guidelines.

“But the panel of arbitrators decided that we should not be alluding to any other person other than those who are running for a position. That is why we called his attention to refrain from referring to any person in the audience,” she said.

Oliva said that Osmeña’s move was a strategy to strengthen his arguments and appeal more to the audience, but since the other party raised some concerns, they had to ask Osmeña to stop.

“Since it would endanger promoting more violations if we continue allowing such act, and since the other party also raised a complaint to the adjudicators, then a decision was made to discontinue it,” said Oliva./ dbs