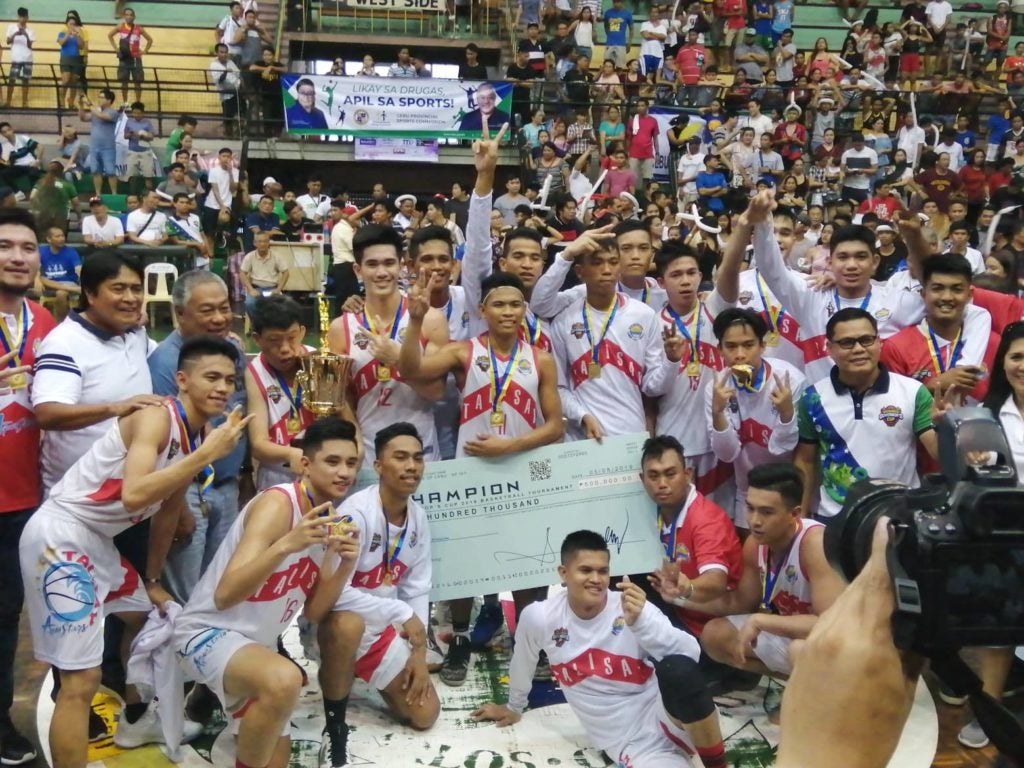 Cebu City, Philippines—The Talisay City Aquastars successfully defended their championship as they repulsed the Mandaue City Ballers, 74-69, in the deciding Game Three of the 2019 Governor’s Cup basketball tournament on Saturday, May 11, 2019, at the jampacked University of San Carlos gym.

The Aquastars trailed early, 14-20, but seized control of the lead and the game in the second period, which they kicked off with a 14-2 run to surge ahead, 28-20. Although Mandaue came within four late in the fourth, Talisay City kept its composure to come out on top to win their second straight Governor’s Cup title.

Talisay City’s title win pocketed them the whopping P500,000 cash prize while Mandaue City settled for the runner-up trophy and P300,000 in this tournament that was organized by the Cebu Provincial Sports Commission and the Cebu Provincial Government.

Left-handed guard Jay Deiparine led the way for the Aquastars with 24 points and seven rebounds while Clark Ruedas backed him up with 13 points and eight boards. Keaton Taburnal put up 11 markers and six rebounds while Ronan Briones came off the bench and pumped in 10 points on top of his pesky defense on Mandaue’s ace guard Gabriel Cometa. 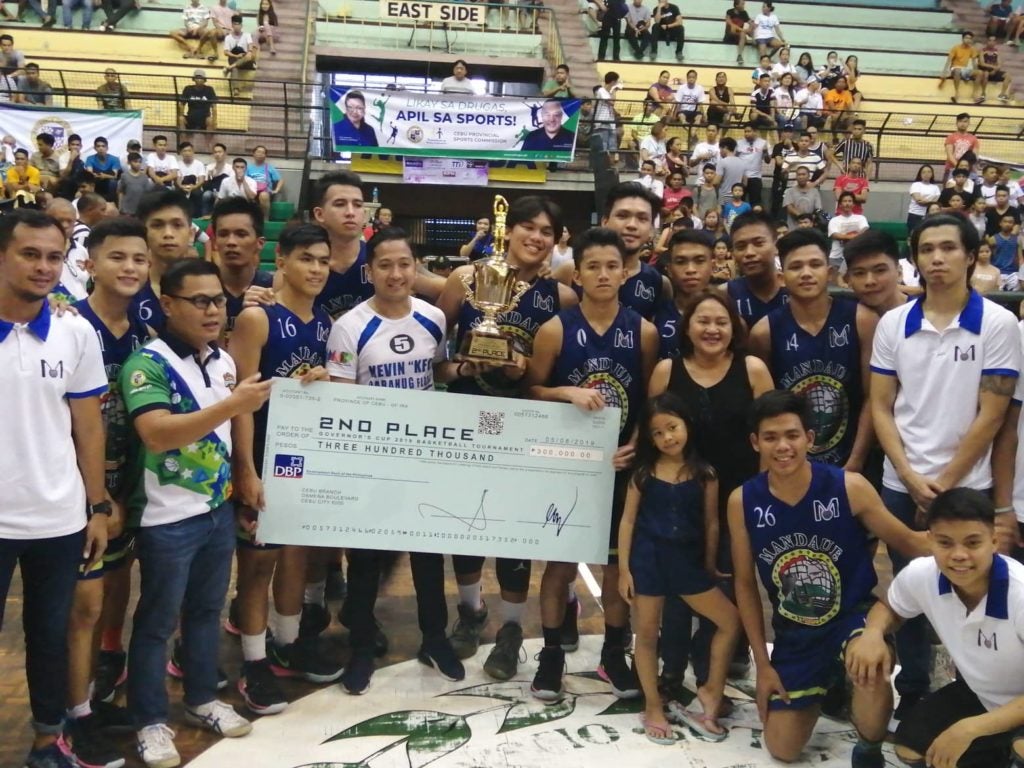 Cometa, who spearheaded Mandaue’s charge in Game 2, scored 19 points but shot just 6-of-20 from the field and committed six turnovers. LJ Gonzaga had 14 while Paul Sungahid added 12 points and 11 rebounds.

The missing link for the Ballers was their star forward Kenneth Brillo, who picked up three fouls in the first half alone. He eventually fouled out with just 52 seconds left in the game after scoring just eight points while making just one field goal all game. He did manage to haul down 12 rebounds.

The Ballers kept on pushing and got within four on several occasions but several turnovers down the stretch doomed their cause. Taburnal then made crucial free-throws to put the game away for Talisay City. /bmjo