CCTO chief: No carnapping happened, cop was given traffic citation 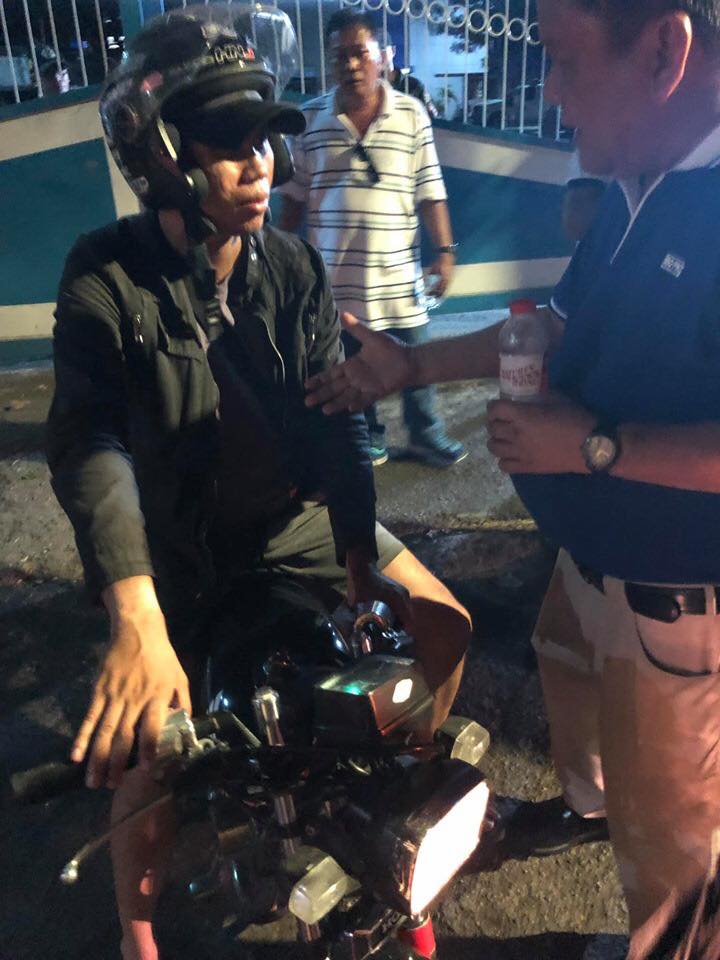 CEBU CITY, Philippines — Cebu City Mayor Tomas Osmena’s ordering the impounding of the motorcycle of a police patrolman cannot be considered as carnapping since the police officer was given a traffic citation.

Francisco Ouano, Cebu City Transportation Office (CCTO) head, said in a phone interview with CDN Digital that off-duty police officers are not exempted from traffic rules on riding motorcycles, and riding one without the proper documents may constitute a certain fine.

Ouano was referring to Police Patrolman Romil Gelogo, who hails from Himamaylan City, Negros Occidental, whose motorcycle was impounded by the CCTO personnel on Sunday dawn (May 12).

Gelogo, who was leaving the CCPO headquarters on his motorcycle, was stopped by Cebu City Mayor Tomas Osmeña when he saw the police officer wearing a pair of shorts and slippers and that the motorcycle had no side mirrors.

Ouano assured Gelogo that he could have his motorcycle back if he would present the necessary documents to the CCTO and pay the fine of P1000.

(He can always get his motorcycle back, which is impounded in our office. His motorcycle is here, and his things had not been touched.)

Gelogo was confronted by Osmeña on Sunday dawn while the mayor was waiting outside the CCPO where two Sangguniang Kabataan officials were held after they were allegedly accused of vote buying.

Osmeña was not allowed to enter the CCPO except only for the lawyers of the SK officers.

Gelogo was off duty and was leaving the CCPO when the mayor saw him wearing a pair of slippers and shorts, while riding his motorcycle.

“The bike has no side mirror. He has no license and failed to present a registration, saying he left both in the camp. The plate has no registration sticker. He refused to show his badge and went back inside the gates,” said Osmeña on a Facebook post.

The patrolman left his motorcycle outside the camp and the mayor called personnel of the Cebu City Transportation Office (CCTO) to impound the vehicle.

Gelogo reported the incident to the Abellana Police Station where he claimed that the mayor “carnapped” his motorcycle.

He claimed that the mayor allegeldy took his motorcycle through intimidation.

He also claimed that together with the motorcycle was a Tag Heuer watch worth P150,000 left inside his toolbox.

Osmeña on his Facebook page said that he did not take the vehicle, but he had it impounded because of the patrolman’s violations.

“By law, the mayor is granted police authority and is in fact in command of the police. Why did this policeman refuse to comply when asked for his license, registration, and police ID, and moreover why did he retreat back into the camp after I asked him if he was evading and not complying?” said Osmeña.

When sought for comment, Gelogo refused to make a statement about the incident./dbs

Read Next
5 gift ideas for Mom on her special day