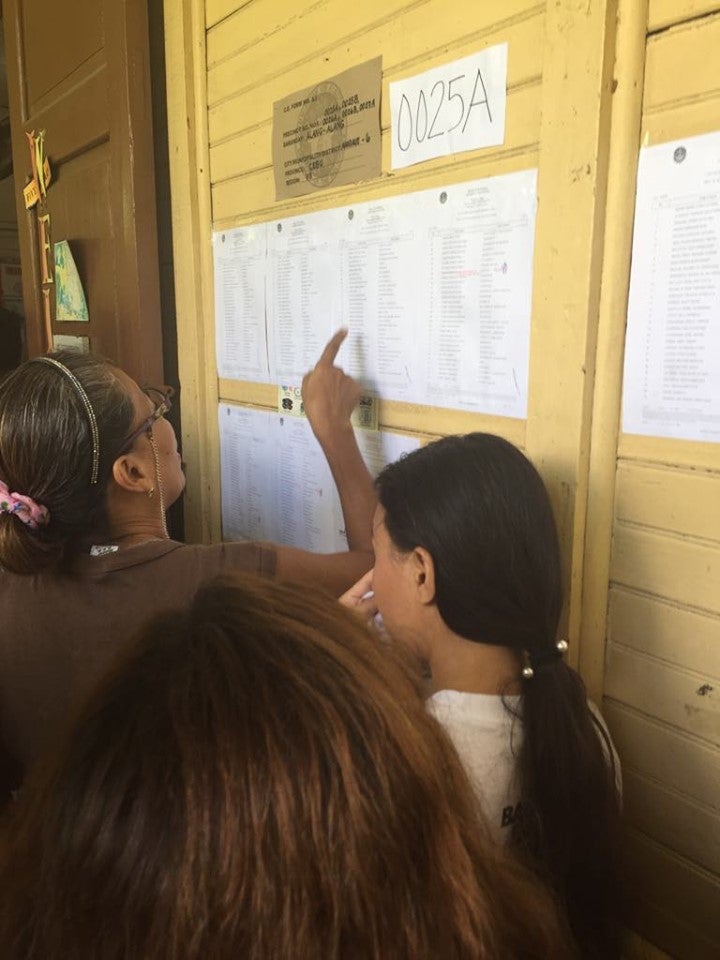 MANDAUE CITY, Philippines – Despite the long queues, voting remained orderly at the Mandaue City Central School, one of the bigger polling centers in Mandaue City.

The public school accommodated voters from the neighboring barangays of Centro, Cambaro, Mantuyong and Alang-Alang.

Upon their arrival at the polling center, voters were led to a holding area that is located beside their assigned precincts.  Those that can no longer be accommodated at the holding areas were made to line up at the lobby outside.

A member of the Board of Election Inspectors (BEI) said they opted to open a holding area, the classroom located next to their polling precinct, to give voters a comfortable place to stay while they wait to be called for the actual voting.

Inside the holding areas, voters were provided with chairs to sit on.  Most tinkered with their cellular phones while others opted to take a nap while they wait to be called to transfer into the other classroom to vote.

(Voting takes time because of the number of voters assigned in a particular precinct.)

Each of the voting centers accommodated voters from four to five clustered precincts that has more than a hundred voters each.

Occupancy of the holding area last more than an hour, while actual voting only last five minutes or less. 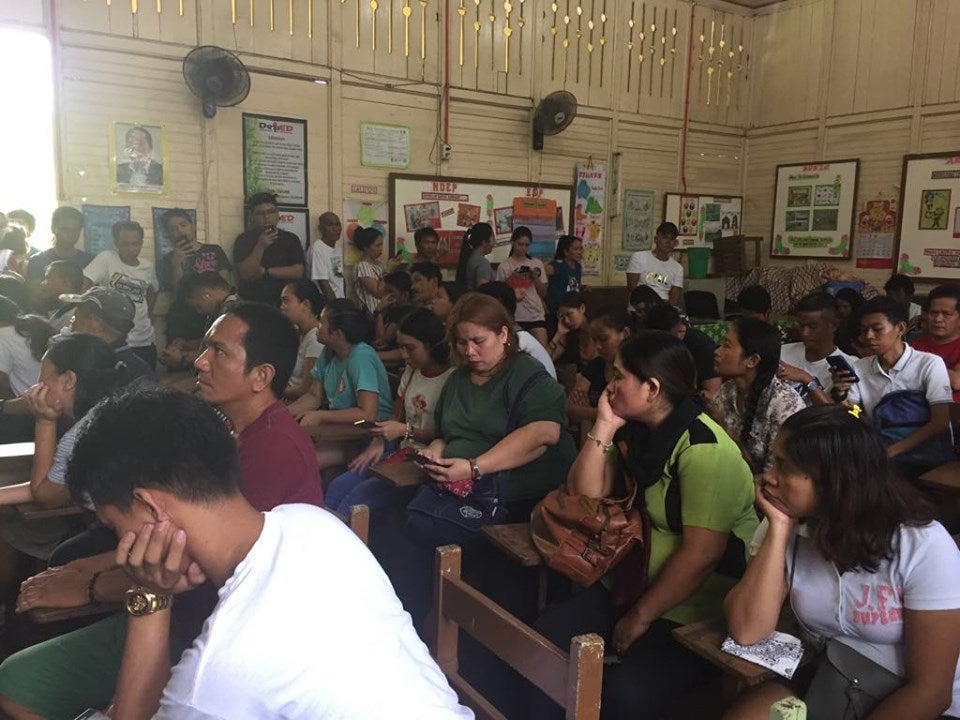 Voters crowd the holding area while they wait to be called to cast their votes. /Doris C. Bongcac

(Casting of votes is easy because the instructions given (by the BEIs) was simple. It is the long queues that takes time.)

Elderly and pregnant voters are also given special consideration. They are made to proceed directly to their assigned precincts.

Cebu-Citizens Involvement and Maturation for Peoples Empowerment and Liberation (C-Cimpel) volunteers set up a tent at the school grounds near the flagpole area to assist especially voters who are looking for their assigned precincts.

Volunteers from  the camp of reelectionist Mayor Gabriel Luis Quisumbing and 6th district Rep. Jonas Cortes have also set up tents outside of the school premise to help voters find their assigned precincts.