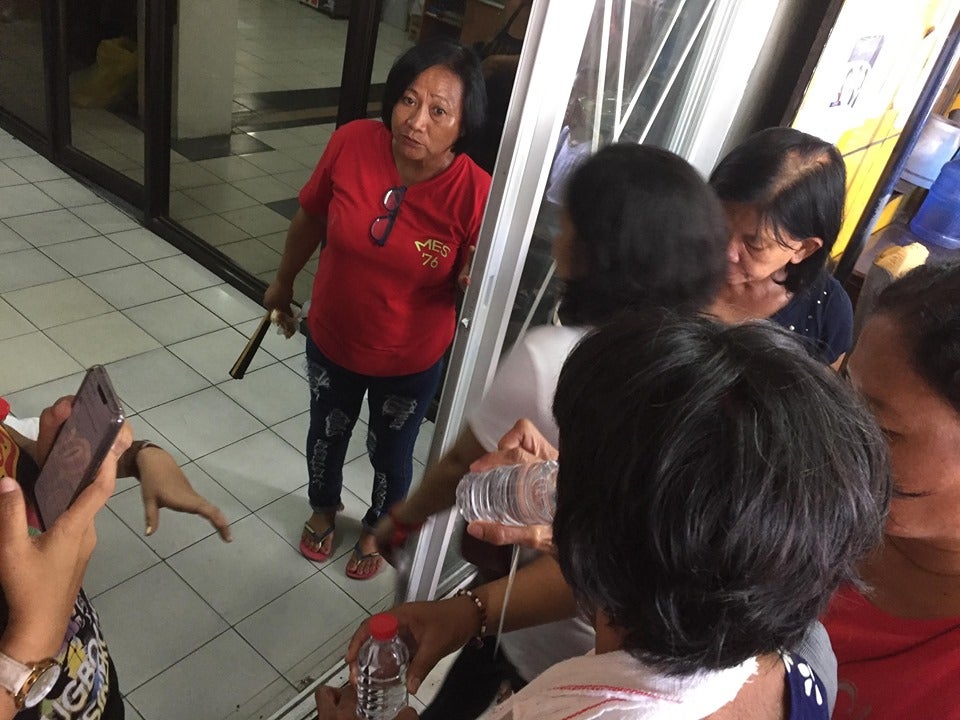 A barangay employee regulated entry of people at the Mabolo barangay hall this morning, May 13, raising suspicions of vote buying there. /Delta Dyrecka Letigio

The presence of a huge crowd of people inside the barangay hall that is located beside the Mabolo Elementary School raised suspicions of an ongoing vote buying in the area.

A tipster told CDN Digital that money was distributed to voters at the second floor of the barangay hall.

“We would never do vote buying. We were told specifically by our standard bearer to never do that,” said Mabatid.

Mabatid said that the “rumors” may have surfaced after senior citizens crowded their barangay hall around 6 a.m. to especially seek assistance in locating their assigned precincts.

Many of the Mabolo voters also came to expressed their support for her candidacy before they went to their assigned precincts to cast their votes. Their were also those who availed of the bottled water which they prepared.

The main door of the barangay hall was closed when CDN Digital visited the area around 10 a.m.  Only selected people were allowed entry by the barangay personnel manning the door.

It was later on opened when the media asked for Mabatid’s whereabouts for an interview.

A senior citizen whom CDN Digital chanced upon inside the barangay hall said that she went into the area after she heard that barangay staff where helping the elderly locate their assigned precincts. /dcb