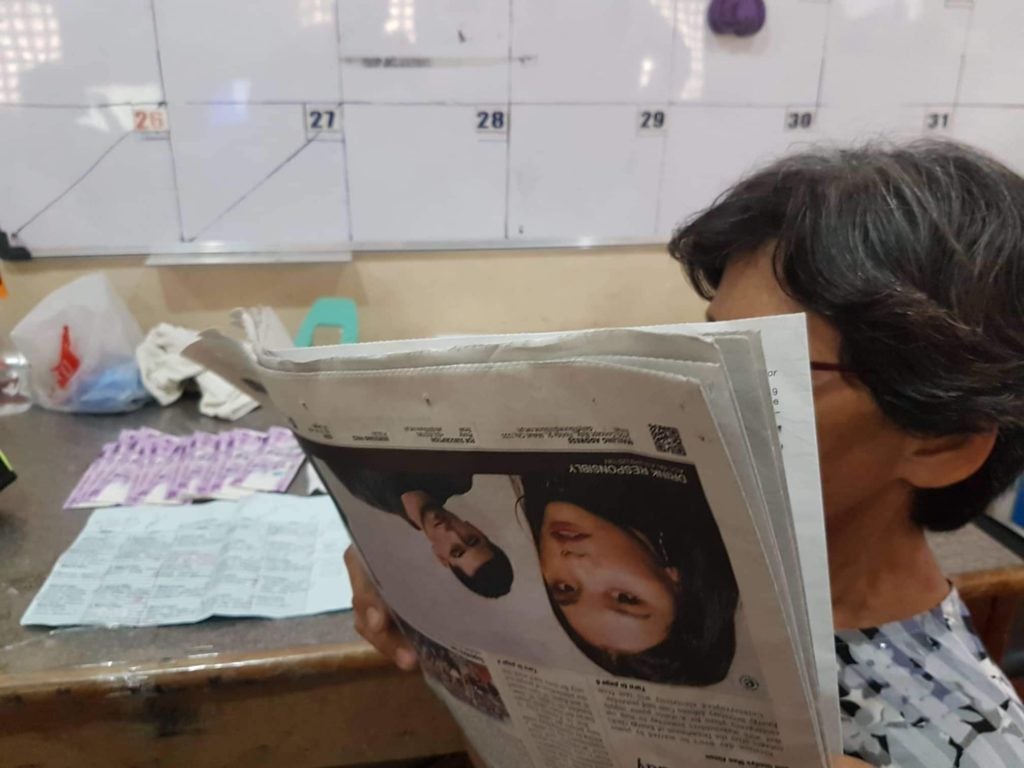 Andrea Fernandez, 66, denied the vote-buying allegations, saying that she was paying her debt to the four persons. | Benjie Talisic

CEBU CITY, Philippines — “The money I gave the four men were payment for a debt I owed them.”

This was the explanation of Andrea Fernandez, 66, on why she gave money to the four men when police entered the Barangay Mayor’s Office in Barangay Lorega San Miguel in Cebu City on May 13.

Fernandez, a BMO worker, was arrested after she was caught handing the money over to the four men, who ran and escaped when the police arrived.

She was accused of vote-buying.-pk

Read more: Comelec: Buying or selling votes? You can be jailed

Police Captain Armando Labora, Pari-an Police Station chief, said in an interview with CDN Digital on May 13 that they allegedly confiscated from Fernandez’s possession sample ballots and the list of candidates from the Bando Osmeña-Pundok Kauswagan (BO-PK).

Fernandez admitted that she was a supporter of the BO-PK, but she was not engaged in vote-buying.

She reiterated that she was only paying money she owed the four men.

(I was just selling rice. I gave them the money so that I could pay for the rice that I owed them.)

Lawyer Benjamin Militar, BO-PK legal counsel and the lawyer of Fernandez, said that they were expecting a complaint to be filed at the City Prosecutor’s Office on Tuesday, May 14.

Militar said that he was also expecting Fernandez to be out of jail by then. /dbs

Read Next
May 13: One hot, humid election day