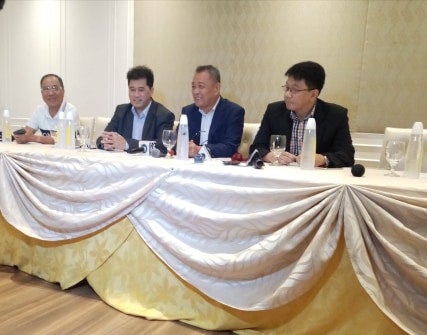 CEBU CITY, Philippines–Lawyers for Cebu governor-elect Gwendolyn Garcia said that a plan by the administration of outgoing Cebu Governor Hilario Davide III to dispose 14 province-owned lots may end up as a ‘fire sale’ or the sale of goods at an extremely discounted price.

Lawyers Manolette Dinsay, Marino Martinquilla and Lito Astillero addressed reporters in a press conference held on Tuesday, May 13, to caution interested buyers against participating in the bidding process which the provincial government has scheduled on Thursday, May 16.

Martinquilla said the bidding could be considered a ‘fire sale’ especially, since the Garcia administration will already be taking over the reigns of the Cebu Provincial government on June 30.

“The governor urges prospective bidders not to participate in the bidding,” he said.

According to Astillero, the governor called on the prospective bidders to refrain from participating in the bidding since there is possibility that the transaction might be declared as void.

He added that “the governor-elect will fight” the transaction “tooth and nail.”

The total area of all properties reaches 1.4 hectares while its floor price ranges from P5, 000 for the Nivel Hills lot to P76, 000 for the Kamputhaw property.  The total floor price for the 14 parcels amounted to more than P450,000.

Martinquilla also urged members of the special committee for the disposal of province-owned real properties to refrain from pushing through with the bidding. He said their professional career would be at stake./dcb

Read Next
World Clubfoot Day: A day for ‘clubfoot warriors’ in Cebu on June 30