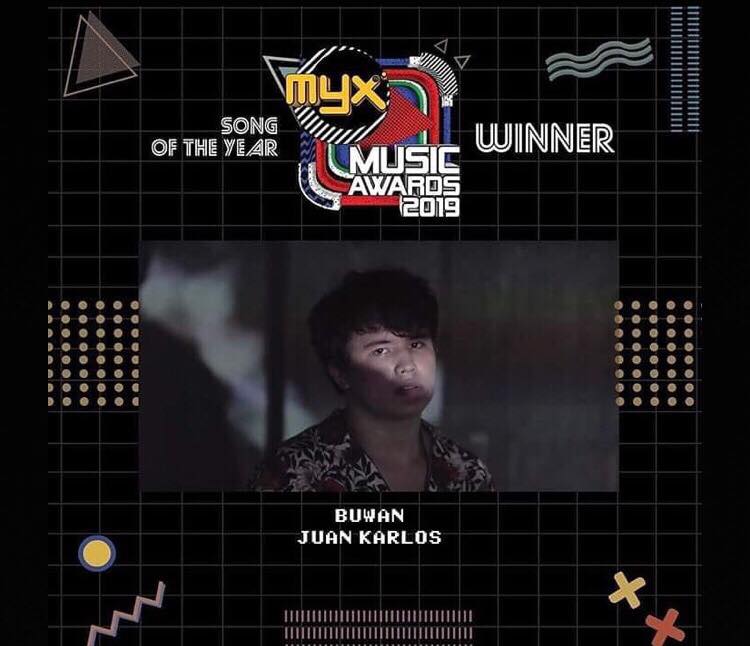 The announcement of winners was also done on MYX’s official Instagram page.

“#MYXMusicAwards2019 Song of the Year: “Buwan” by Juan Karlos,” the post reads with Cebuano singer’s photo on Instagram.

The MYX Music Awards is an annual recognition of hitmakers in the country organized by the channel MYX.

Labajo was not able to attend the awards night but reposted MXY’s photo on his Instagram account.

Labajo also explained in a poscript that he was not able to attend the awards night because he had to attend to someone who was sick.

The Cebuano singer established his name in the industry after he joined “The Voice Kids” Season 1 in 2014 and was part of Team Bamboo.

He made it to the Top 4 along with Darlene Vibares, Darren Espanto, and Lyca Gairanod.

After the singing competition, the 18-year-old Consolacion native appeared in several ABS-CBN’s series like “A Love to Last”, “Pangako Sa ‘Yo”, and “Hawak Kamay.” /dbs

By: Michelle Joy Padayhag
read more
Latest Stories
Hey! It’s okay to..
Phrases better than ‘I love you’
Fashion Revolution: The Future of Textile exhibit shows beautiful creations made from textile scraps
Alden on what it’s like to work with his idol Bea
LOOK: Anne Curtis flaunts body as she anticipates motherhood
Most Read
Live hogs from Negros seized in Argao town by anti-ASF operatives
Nigerian nabbed for attempted rape
170 men from Carcar City jailed for illegal cockfighting
Chris Bosh expresses disappointment over Hall of Fame snub
Espenido: I was ashamed and embarrassed to be included in the President’s narco list