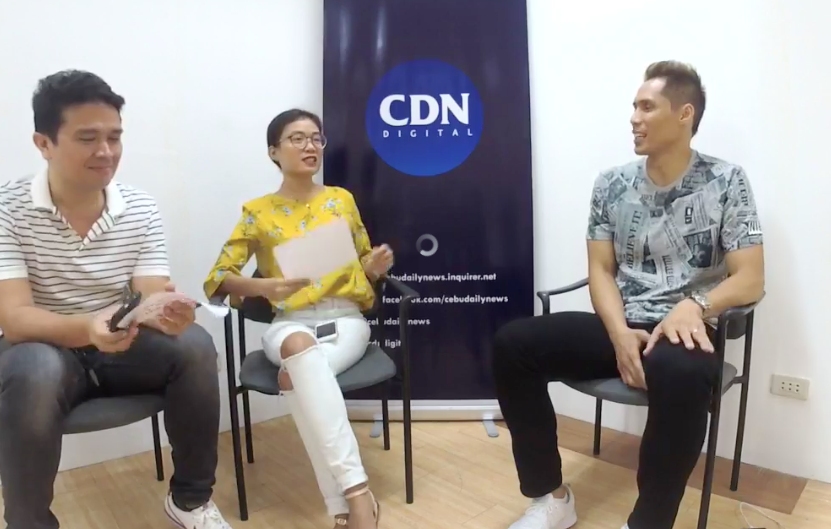 Dondon Hontiveros (right most) speaks about his plans for sports during the this week’s episode of the weekly CDNSportstalk show.

One of the projects the player known as the “Cebuano Hotshot” is looking at bring back is the inter-barangay sports tournaments.

In a guesting with the #CDNSportstalk team last Monday, May 20, 2019, Hontiveros said  it was really one of his goals to bring back the inter-barangay sports tournaments because it won’t only highlight the best players in each barangay, but  also generate income for the residents in each of the villages.

(We will bring back the inter-barangay sports tournament, not just for the young ones but also for the different age groups like the 40 up. And I think it can also generate income because there will be those who will be selling things outside the venues).

Although he is a famous basketball player in the country not only because of his PBA stint but also because of stints in the now defunct Metropolitan Basketball Association and the Asean Basketball League, Hontiveros  vowed not to just focus on basketball in these sports tournaments.

He said he would also want to see the sport of dayon-dayon volleyball and futsal to be highlighted in the city.

“Dayon-dayon” is a very popular game in some of Cebu City’s barangays while futsal is also starting to gain some following since it is a football game that is played in covered basketball gyms, which can be found in almost all barangays.

It all dawned on Hontiveros how helpful these inter-barangay tournaments will be in each barangays when he saw how it helped some areas in Quezon two years ago.

(Their style there is, for example, there is a game of volleyball and basketball. A team finishes second place but they will still be receiving P20,000 or P30,000 from the Local Government Unit (LGU). It’s up for the barangay captain how he will use the money for the barangay).

The Cebuano Hotshot also shared that his training as a basketball player, on how it will help him in becoming one of the best councilors in the city in terms of game plan and strategy.

With the overwhelming win during the midterm elections, Honitveros compared his win in the elections to the finals series between Alaska, which he was playing for, and crowd-favorite Barangay Ginebra in the 2013 Commissioner’s Cup.

“If I were to compare my victory here to a basketball championship, it will the game between Alaska and Ginebra my last championship game,” Hontiveros said.

He chose to compare his last championship game with his recent win in the midterm elections because it was somehow similar to to the situation here in Cebu, where they were up against a team that was considered a favorite.

Hontiveros believes that he still has a lot to learn in terms of politics, but assures everyone that he will get things done for the betterment of the city. /bmjo