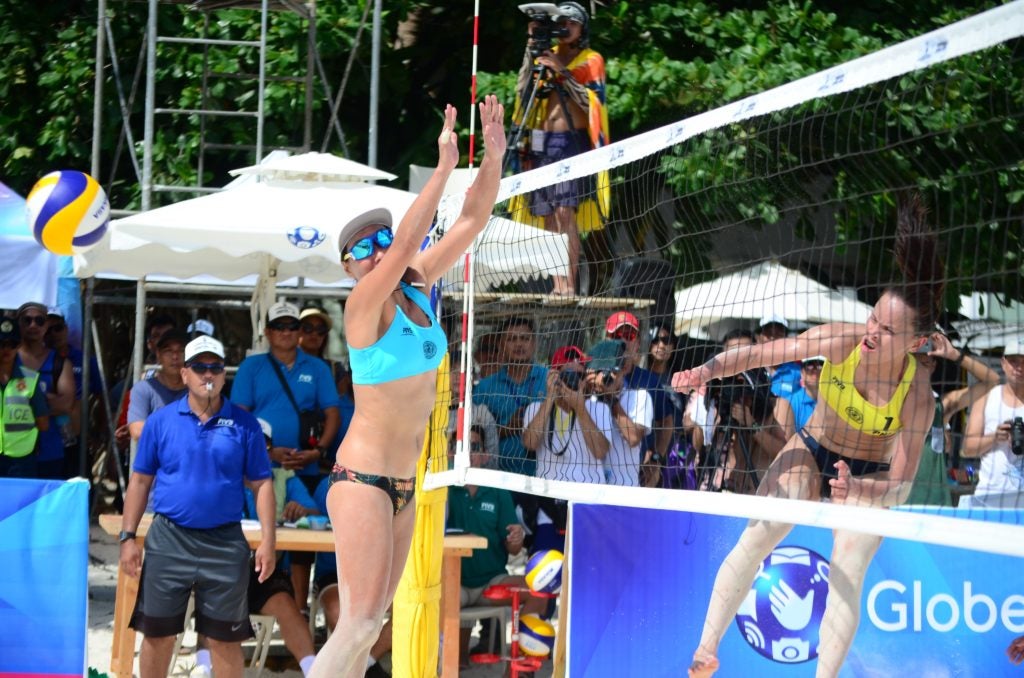 CEBU CITY, Philippines — Cebuana volleyball sensation Sisi Rondina teamed up with Bernadeth Pons to down Japan’s Shinako Tanaka and Miyuki Matsumura, 21-14, 21-8, and make their way into the Round of 12 in the FIVB Beach Volleyball World Tour Boracay Open presented by Globe on Friday, May 24, 2019, at the White House Beach Station 1 on Boracay Island.

Rondina did not have any trouble adjusting her game to the sand court a few days after completing her collegiate career in indoor volleyball for the University of Santo Tomas.

(Actually, I only had two days of training. But before I trained, I already had the mindset that I am going back to playing outdoors.)

(Perhaps, it’s muscle memory, and then I watched in YouTube our previous games (with Pons) and how we moved in the beach volleyball court. That is how I set my mind.)

Rondina faced the 43-year old Tanaka for the second straight Beach World Tour. In the Manila Open last year, Rondina, together with her former partner Dzi Gervacio, were eliminated by Tanaka and Fujii Sakurako for a spot in the semifinals in the match that went into three sets.

(Last year, we wanted to win so much at that time.)

(Now, we were blessed to win for the first time and with Japan. Japan is a tough opponent. Pons and I adjusted well to their challenge and we won.)

After getting a feel for their opponents early on, Rondina and Pons were finally able to assert themselves and pounce on their opponent’s weaknesses.

(It was difficult because the sand was quite deep, but we adjusted, pushed ourselves to breath because it was so difficult to move.)

Up next for Rondina and Pons is another Japanese duo — Satono Ishitsubo and Asami Shiba — on Saturday morning, needing another victory to make it to the quarterfinals outright./dbs

Read Next
SM, Philippines Society of Medical Oncology to mount a cancer fair