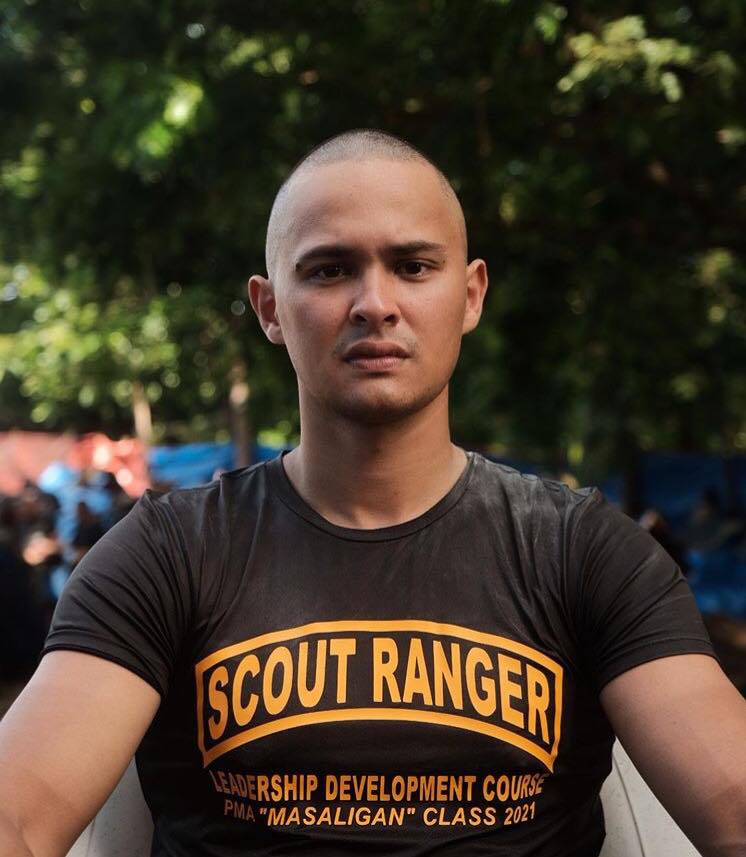 Guidicelli updated his fans in an Instagram photo he posted together with other trainees wearing black shirts.

“It’s said to be one of the most gruelling programs in the Armed Forces,” he captioned his photo.

But he made his fans more surprised when he posted another photo where his head was shaved.

The photo was taken at the First Scout Ranger Regiment, Camp Tecson in Bulacan.

“Rangers lead the way. No backing down,” he said.

Last April, Guidicelli announced that he would officially join the Philippine Army. He has a rank of second lieutenant.

Aside from being with Philippine Army, he is also a member of the Philippine Coast Guard (PCG) Auxiliary 408 Squadron since March./dbs