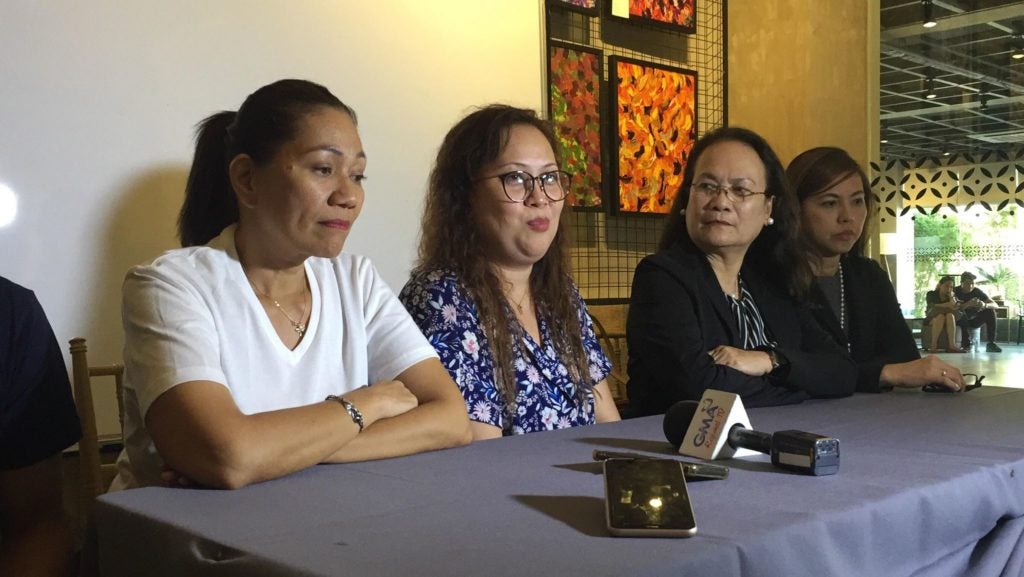 Merlita Bendong (left most) and Angela Leyson (second to the left) speak in a press conference at the BIG Hotel in Mandaue City on June 7, 2019 during the commemoration of the second death anniversary of Bien Unido Mayor Gisela Boniel. CDN Digital photo | Delta Dyrecka Letigio

Mandaue City, Cebu—Two years have passed, but the the family of Gisela Boniel continues to seek justice for the alleged murder of the mayor of Bien Unido town in Bohol.

At present, Gisela’s body has yet to be found and the parricide case continues against her husband, former Bohol Provincial Board (PB), Rey Niño Boniel.

“The family of Gisela Boniel is restless because two years already passed and Niño Boniel and the other accused have yet to be put to justice,” said Lawyer Amando Virgil Ligutan, the legal counsel of Gisela’s family, in a press conference at the BIG Hotel in Mandaue City on Friday, June 7, 2019, which is the second death anniversary of Gisela.

WATCH: The family of slain Bien Unido Mayor Gisela Boniel speak in a press conference at the BIG Hotel in Mandaue City during her second death anniversary. They are hoping that her body can still be found and that justice can finally be served. | Delta Letigio #CDNDigital

The case was once again delayed with the inhibition of Judge Ferdinand Collantes of Branch 54 of the Regional Trial Court (RTC) in Lapu-Lapu City from further hearing the case.

This means that the cases against Niño Boniel and the six other co-accused will have to be reraffled to another judge, further delaying the case.

Merlita Bendong, the sister of Gisela said they are dissatisfied with how the case is going.

“We are still trying to move on yet it can be difficult with the parricide case moving slower than expected,” said Bendong.

Bendong admitted that the strain of the ongoing case is felt by the curious 6-year-old son of the couple, who is starting to look for his parents.

The prosecution team said it is doing all it can for the progress for the case. The evidence has long been ready but the delay caused by the defense team makes it impossible for them to hurry the case.

Bedlong said thay are hoping the case will progress as it has been two years since Mayor Gisela has been missing.

To this day, they are hoping to see Gisela’s body to serve as evidence for her death and for her to be laid to a proper resting place. /bmjo