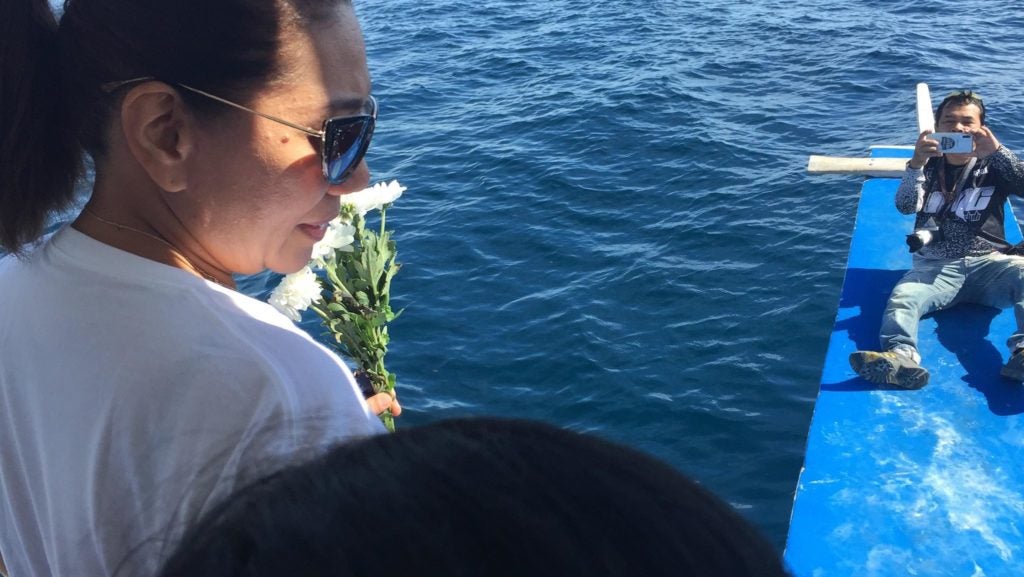 Lapu-Lapu City, Cebu—Family and friends of slain Bien Unido Mayor Gisela Boniel took to the sea their anguish over the still unsolved murder case of the mayor, whose body has never been found since she was allegedly killed in June 7, 2017.

The family of Boniel, which included her sister, Merlita Bendong, and her 7-year-old son, and her best friend Angela Leyson, who was with Boniel on the night of her kidnap and eventual murder, took a boat ride to the seas off Olango Island, the site believed to be where Boniel’s body was thrown after being killed, to pay their respects to the slain mayor.

The loved ones of the Boniel offerred flowers to the sea along and said some prayers, asking that justice may be served for the mayor.

WATCH: The seven-year-old son of slain Bien Unido Mayor Gisela Boniel offers flowers at the site, where her body was believed to be thrown in the ocean. A prayer service was heard on Friday morning, June 7, to commemorate Gisela's second death anniversary. | Delta Letigio

“I love you Mama,” said Boniel’s 7-year-old son with former Bohol Provincial Board Member and prime suspect for her murder, Rey Niño Boniel.

Leyson said in her speech said that in the past two years, she and the family of Gisela has suffered much while waiting for justice to be served. She recounted how the trial has taken toll on her and the family and yet no decision has still been made.

In the recent development of the case, Judge Ferdinand Collantes of Branch 54 of the Regional Trial Court (RTC) in Lapu-Lapu City  has inhibited himself from further hearing the case.

This means that the cases against Rey Niño Boniel and the six other co-accused will have to be reraffled to another judge further delaying the case.

Leyson remembers Mayor Gisela as her best friend since high school who gave her a love like that of a direct family.

Bendong thanked the people who were there to support the them through the journey of finding justice for Gisela’s death.

“It’s sad that all we can do is remember Gisela but let us remember her in our hearts,” she said in Cebuano.

Mayor Gisela was allegedly kidnapped and murdered in Bien Unido, Bohol, and was thrown to the sea at dawn of June 7, 2017.

Witnesses of her murder, which included Riolito Boniel, a relative of her huband who drove the motor boat which allegedly brought her body to the sea, claimed that Niño Boniel killed her wife.

Niño pleaded not guilty to the parricide case and trial continues to this day. /bmjo