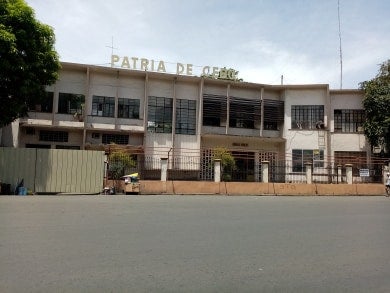 CEBU CITY, Philippines–The Cebu Landmasters Inc. (CLI) is proposing to transform a portion of P. Burgos Street, Cebu City that is located between Patria de Cebu and the Cebu Metropolitan Cathedral into a restricted area for pedestrian use.

Jose Soberano III, CLI president and chief executive officer, said that the area could become an extension of the courtyard of the proposed Patria de Cebu complex.

The large central interior courtyard will be the focal point of the property, highlighted by a rooftop for open air events.

Soberano explained there would be a need for transformation due to the expected sizeable amount of foot traffic between the Patria and the Cathedral especially during the celebration of the 500th anniversary of Christianity in the Philippines in 2021.

The area could also be used for other church and other recreational activities like wedding receptions.

“We at Cebu Landmasters are more than willing to help, to contribute to make the area more beautiful, to put in cobblestone for a Hispanic look, including a fountain,” Soberano said.

He added that they could include in outdoor courtyard masterplan Plaza Hamabar, the small plaza located in front of the Cathedral Museum, because the property is also owned by the Archdiocese of Cebu.

“We can have our architects do this or commission a master planner to do this,” Soberano added.

Soberano expressed hope that city officials would understand the need for the pedestrianization of a portion of P. Burgos Street. /dcb

Read Next
Ganados: Pressure on to win back-to-back Miss Universe crowns for PH