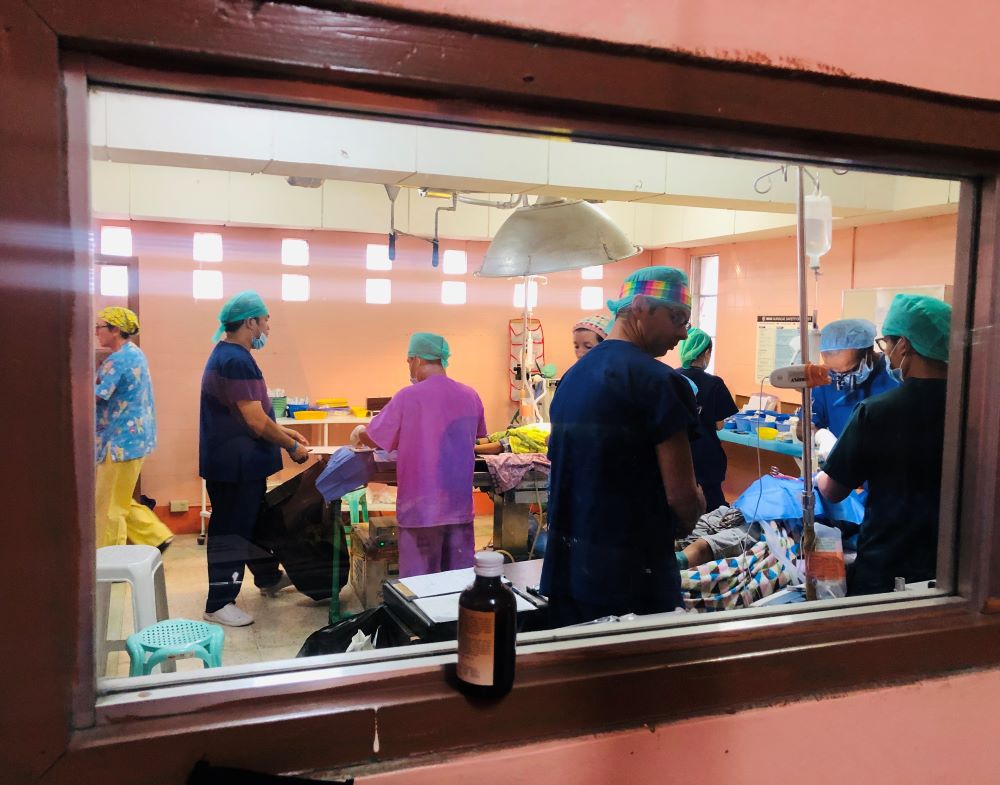 CEBU CITY, Philippines – “Thank you for being God’s instrument to answer our prayers,” said a teary-eyed mother whose toddler recently availed of the free facial reconstructive surgery from Operation Rainbow Australia doctors.

The group that consist of medical experts from Australia performed a total of 85 cleft lip and cleft palate operations during their medical mission scheduled from June 1 to 8, 2019  at the t Dr. Ignacio M. Cortes General Hospital in Mandaue City.

This year’s mission was made possible with the help of their local parters like the Cebu Chamber of Commerce and Industry (CCCI) and Trustee Benny Que, executive vice president of the Golden Prince Hotel, who also volunteered his team to participate in the mission as part of the company’s Corporate Social Responsibility (CSR).

“These are truly life-changing Golden Moments for the children and their relatives.” said Que.

“In Cebu, this is the 8th year that Operation Rainbow has been conducting medical missions for children who are underserved, have limited or no access to medical care and could not afford to have reconstructive surgery, ” said Kate Marek-Salapak,  Operation Rainbow Australia president.

Read Next
SILOY IS WATCHING: Where does your favorite eat-all-you-can restaurant throw its food wastes?