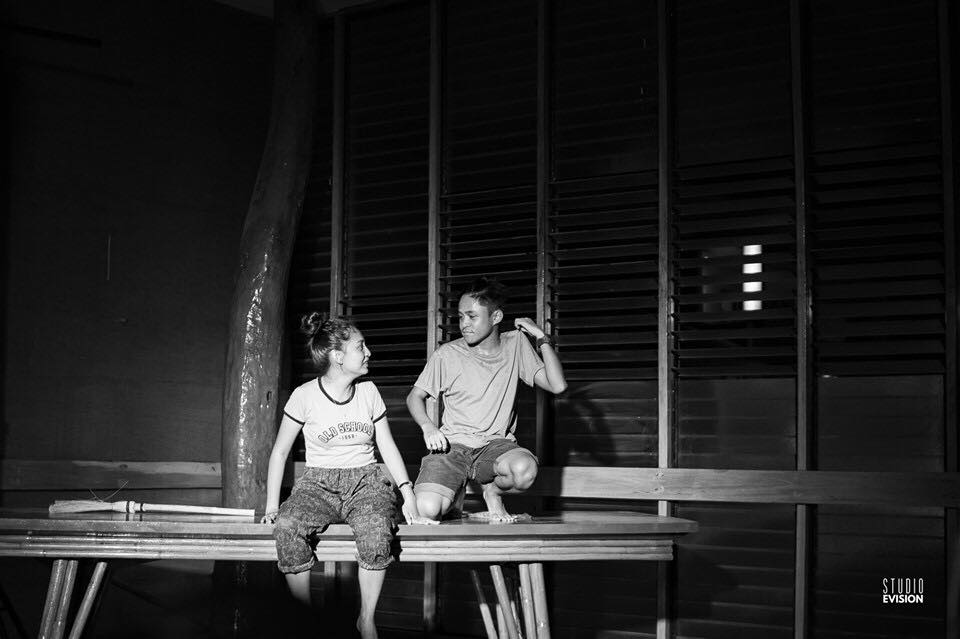 Alyssa Mae Tinga and Lemuel Borinaga practice “Mamana” written by Sharon Almoceran. “Mamana” is one of the plays that will premiere on June 15, 2019. | Lusad Teatro page and Studio Evision

Director Eli Razo, the founder of Lusad Teatro, confirmed to Cebu Daily News Digital that their theater performance will be called “Layag,” an English term for the word sail.

“It is all about the stories of the island. We will tackle social awareness and relevance especially the issues in the island,” Razo said.

“Layag” will feature Bisaya, Tagalog, and English monologues, which are translated to Bantayanon language written by local writers.

The show will also be co-directed by Delio Delgado. Technical stage and stage manager are Inday Bibs Almoceran and April Villacampa, respectively.

The play will start at 7:30 p.m. It will run for one hour and thirty minutes.

Byay Hubahib is an ancestral house in Bantayan which was ravaged by Supertyphoon Yolanda and has been converted to a venue for performance, art, and culture in the town.

Lusad Teatro, created in 2018, aims to create a community theater from the three towns of Bantayan Island which are Santa Fe, Bantayan, and Madridejos.

“This is a perfect avenue for creativity and [sending a] message,” he said. /bmjo

Read Next
Guardo pledges support for Labella: ‘Now is the time to unite for the good of Cebu City’