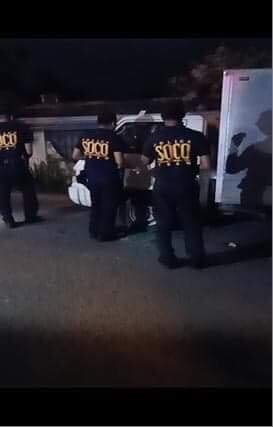 MANDAUE CITY, Philippines — Mandaue City police are now investigating the ambush-slay of a Filipino-Chinese businessman and the wounding of his children on Sunday night, June 16.

Yi Feng Guo Yang, 51, his 18-year-old daughter Ginabelle and 16-year-old son Stefhen were on board a white Toyota L300 van when four still unidentified suspects, who were on board two separate motorcycles, rained bullets on their van past 9 p.m.

Police are looking at personal grudge, business rivalry and robbery as possible motives in the attack.

Police Major Mercy Villaro, spokesperson of the Mandaue City Police Office (MCPO), said the victims came from their family-owned business office in Consolacion town and were on their way home to a subdivision in Barangay Cubacub, Mandaue City when the ambush happened.

Villaro said that Scene of the Crime Operatives (SOCO) recovered three empty shells from a 9 mm pistol, two empty shells and one live ammunition from a .45 caliber pistol at the crime scene.

A black helmet, believed to be owned by one of the suspects, was also recovered in the area.

Based on their initial investigation, Villaro said that Yi Feng, who was driving the L300 van, could be the target of the shooting since most of the bullets fired were directed at the driver’s seat.

The three victims were rushed to a private hospital in Mandaue City.

Yi Feng was already dead when brought to the hospital while Ginabelle and Stefhen remained confined for further observation.

Villaro said that investigators are now processing Yi Feng’s cellular phone to determine if he received death threats prior to the Sunday night ambush.

She said that they are also coordinating with owners of nearby establishment to see if their closed-circuit television (CCTV) may have recorded the incident.

Review of CCTV footage will also help the police determine where the suspects came from and what direction they took when they fled from the crime scene.

Upon verification with the Chinese Embassy, Villaro said that all the three victims were holders of Philippine passports./dcb