Pa from Badian turns to Magpale, NBI for help on 9-year-old son’s death 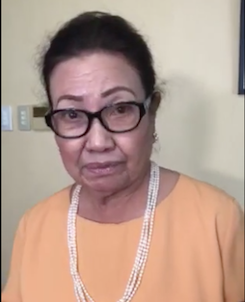 CEBU CITY, Philippines — The father of the nine-year-old boy, who was found unconscious with the rope of a makeshift hammock tied to his neck and who eventually died, has turned to Vice Governor Agnes Magpale and the National Bureau of Investigation for help.

Neri Boy Agravante, the child’s father, said that he did not believe that his son took his own life.

He asked that the boy’s body be autopsied so that they could have an idea of what really happened to him.

He, however, said that he would at least have P8,000 for the autopsy, a problem that was solved after he spoke with Vice Governor Agnes Magpale on Monday afternoon (June 17).

Magpale said that her office would shoulder the expenses needed by Agravante.

Magpale also said in an interview on June 17 that one of his staff members would accompany Agravante to the NBI and seek their help in the case of Agravante’s son death.

Initial investigation showed that the boy was found unconscious in his with the makeshift hammock’s rope tied to his neck in his grandmother’s house in a barangay in Badian town in southern Cebu.

A certain Jesus Seclajon found the boy in that situation at past 2 p.m. on Friday, June 14.

The boy was brought to the Badian District Hospital where doctors advised his transfer to the Vicente Sotto Memorial Medical Center in Cebu City.

Badian town is 97.6km southwest of Cebu City. The boy did not reach the hospital alive.

Earlier, Police Colonel Manuel Abrugena, Cebu Provincial Police Office chief, learned about Agravante’s situation from the media and ordered the Badian Police chief to make a request for an autopsy of the child.

Abrugena said that with the request, the body would be brought to the Crime Laboratory and undergo an autopsy free of charge.

Abrugena also ordered the Badian Police chief to make a deeper investigation on the child’s death./dbs