MANILA, Philippines – It is “irresponsible” and “counter-constructive” to link the ramming of a Filipino fishing boat by a Chinese vessel to China-Philippines relations, a Chinese government official stressed.

“It is irresponsible and counter-constructive to link this incident with China-Philippines friendship or even make political interpretations out of it,” Lu said in a press conference on Monday.

“We are ready to enhance communication with the Philippine side on the investigation, increase understanding, dispel mistrust and find out what actually happened,” he added.

Lu claimed that the two countries had “rounds of communication” about the incident “at various levels through multiple unimpeded channels” following the incident at Recto Bank in the West Philippine Sea. 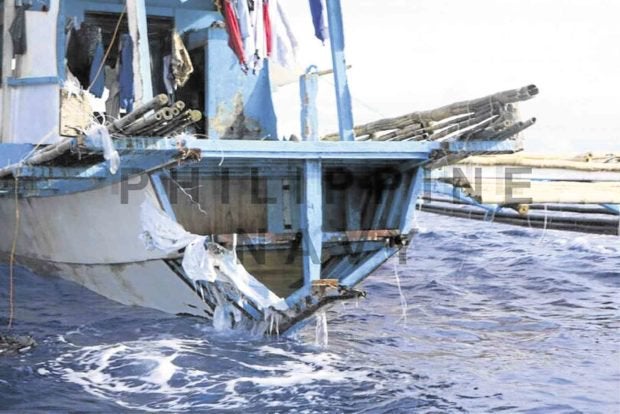 He also maintained that the incident was an “accidental collision.”

“We are ready to enhance communication with the Philippine side on the investigation, increase understanding, dispel mistrust, and find out what actually happened,” the Chinese foreign ministry official said.

He likewise noted that the two countries are “neighbors across the sea” and that their fishermen have “long been friendly to each other.”

Lu, however, did not address how the Chinese vessel reportedly abandoned the distressed Filipino fishermen after their vessel was badly damaged.

He only said China will “continue to cooperate with littoral countries in this area.”  (Editor: Gilbert S. Gaviola)