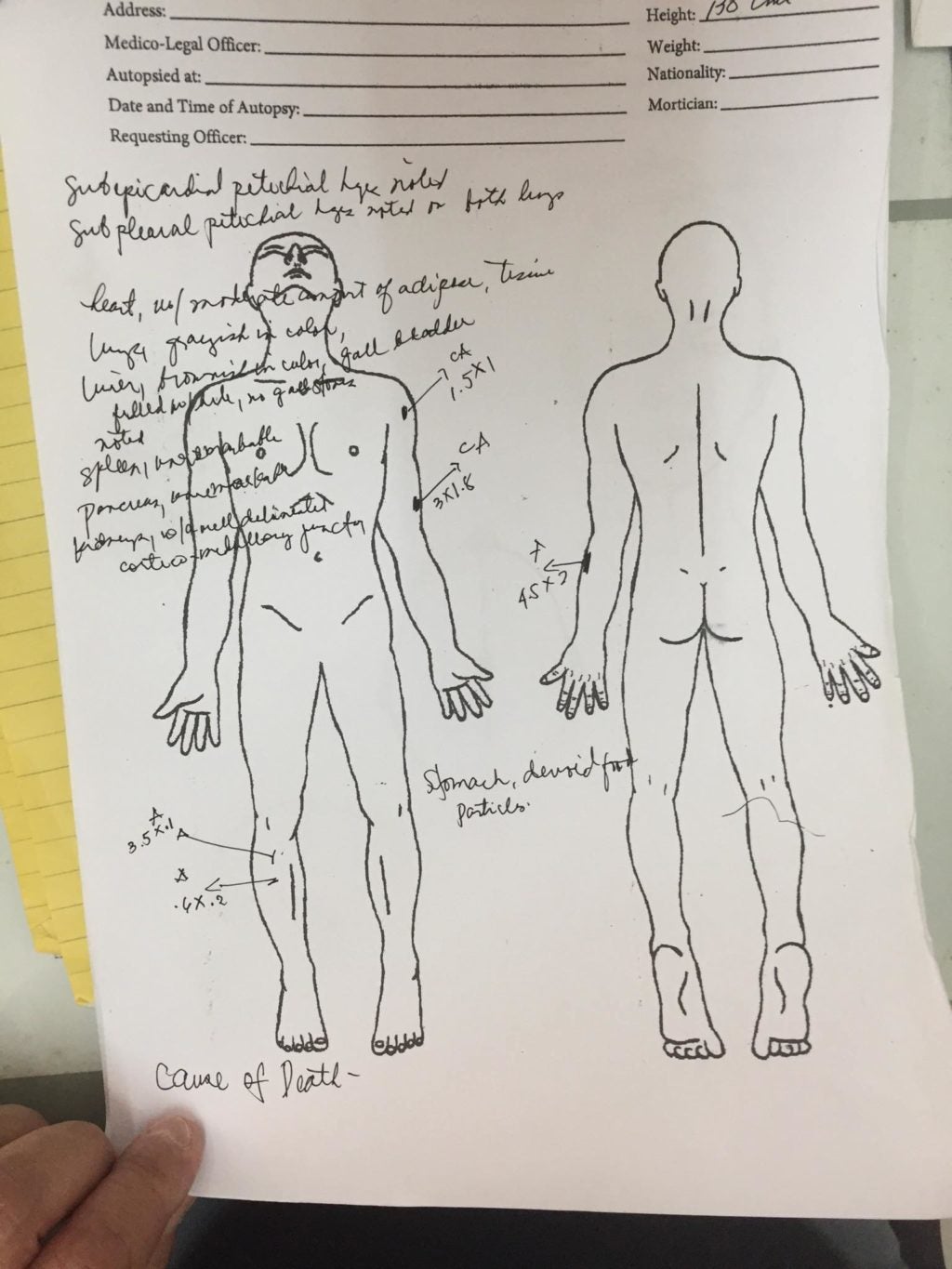 The results of the autopsy done on the nine-year-old boy from Badian town, southwestern Cebu. CDN Digital photo | Delta Letigio

CEBU CITY, Philippines—The medico-legal officer of the National Bureau of Investigation in Central Visayas (NBI-7) revealed that there was foul play in the alleged suicide of the nine-year-old in Badian town, southern Cebu.

The father of the child sought the help of the NBI-7 to investigate the case because he suspected there was foul play in the death of his son.

Doctor Rene Cam, NBI-7 medico-legal officer, said on Thursday, June 20, 2019, that the boy had twisted marks in the front of the neck and his cerebral vertebrae was dislocated.

This indicates that an external force caused the injury of the child and it was less likely self inflicted.

Here is a video of Cam’s explanation about the autopsy results:

WATCH: Doctor Rene Cam, the medico-legal officer of the National Bureau of Investigation in Central Visayas (NBI-7), discusses the results of the autopsy results of the 9-year-old boy from Badian who was found dead last Friday, June 14, 2019. | Delta Letigio #CDNDigital

Cam will be recommending further investigation on the child’s death.

The boy was found unconscious in his with the makeshift hammock’s rope tied to his neck in his grandmother’s house in a barangay in Badian town in southern Cebu on Friday, June 14, 2019. /bmjo