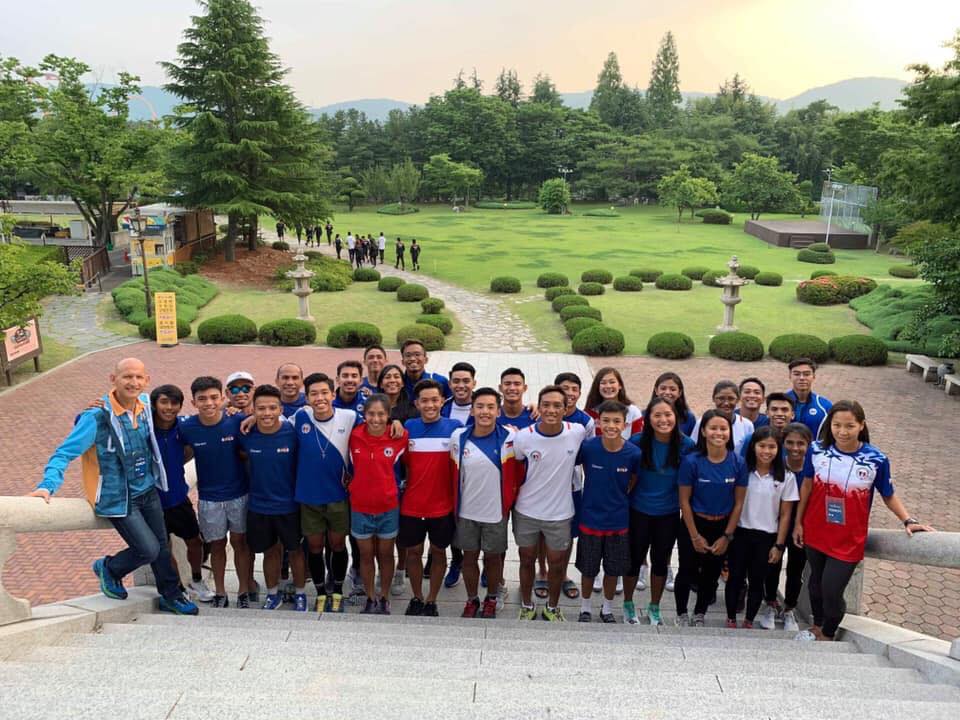 Caption: Members of the Talisay Luigi Triathlon Group – Go For Gold (TLTG-GFG) together with the rest of the Philippine delegation in the 2019 Gyeongju ASTC Triathlon Asian Championship in South Korea. |Contributed Photo

However, in his assessement, he isn’t satisfied with the whole performance as it was lacking about 15 percent.

(It was really lacking because of the race course and the climate, perhaps it was lacking 15 percent but I’m still 85 percent happy, the other 15 percent will be for additional training.)

The Talisay City, Cebu-based group was led by Remolino’s son, 19-year-old Andrew Kim Remolino, who ensured his slot to represent the Philippines in the 2019 Southeast Asian Games by being the first Filipino to cross the finish line in 17th place overall with a time of one hour, 59 minutes and 08 seconds in the Elite category.

In the Under 23 Men’s, Renz Wynn Corbin and Alfred Pacabis II were the third and fourth Filipinos, respectively, to finish.

In the Junior Elite Women, Nicole Marie Del Rosario was the second Filipino to cross the finish line, finishing 26th overall with her time of 1:11:59.

In the Under 15 Men, Matthew Hermosa placed fifth despite suffering from hypothermia as the water was freezing. He clocked 33:54 and had to be immediately brought to the hospital for immediate treatment.

In the distaff side, Moira Frances Erediano came in as the second Filipino. She was 13th overall with a time of 38:12.

In the PTS4, Alex Niño Silverio, who was the lone Filipino, finished 7th overall with his time of 1:21:14.