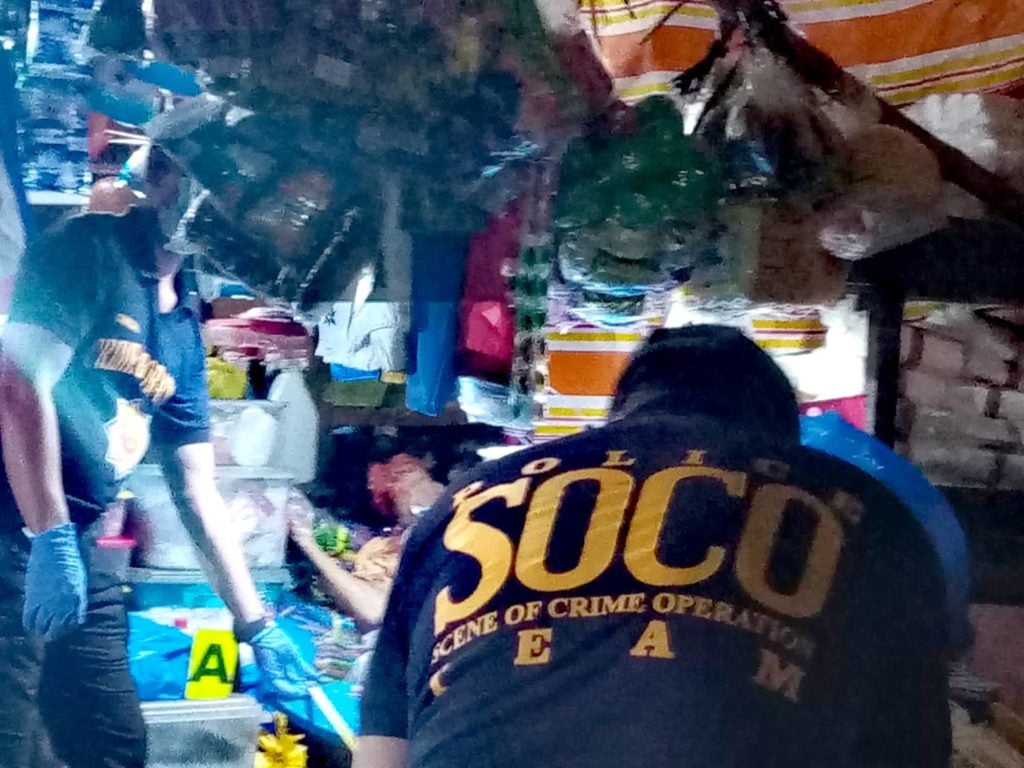 Cebu City, Philippines—Police are looking at two possible angles in the killing of a businesswoman in a retail store along Manalili Street corner Lincoln Street in Barangay Ermita here on Tuesday night, June 25, 2019.

Police Staff Sergeant Joel Perolino, based on testimony of witnesses in the area, said Garcia was taking her dinner at around past 9 p.m. when two men riding on a motorcycle approached the victim’s retail store.

One of the two men onboard, particularly the backrider, approached the victim and shot her several times. Police said Garcia was dead when they responded to the crime scene.

LIVE: At the crime scene along Manalili Street in Cebu City, where a woman was shot dead past 9 p.m. Tuesday evening, June 25, 2019, while watching her sari-sari store (neighborhood sundry store). | Benjie Talisic

Perolino said they are eyeing two possible angles on the killing.

“We are looking into personal grudge as well as [the] business side,” Perolino said.

Four empty shells of 9mm caliber bullets were recovered by the Scene of Crime Operatives from the area where the shooting happened.

Meanwhile, police will try to find out if there are  establishments near the crime scene who have closed-circuit television (CCTV) and check if they have footage that can help their investigation. /bmjo

Read Next
The need for a college in Dalaguete