Muntinlupa dogs saved but 103 left on ‘death row’ in pound 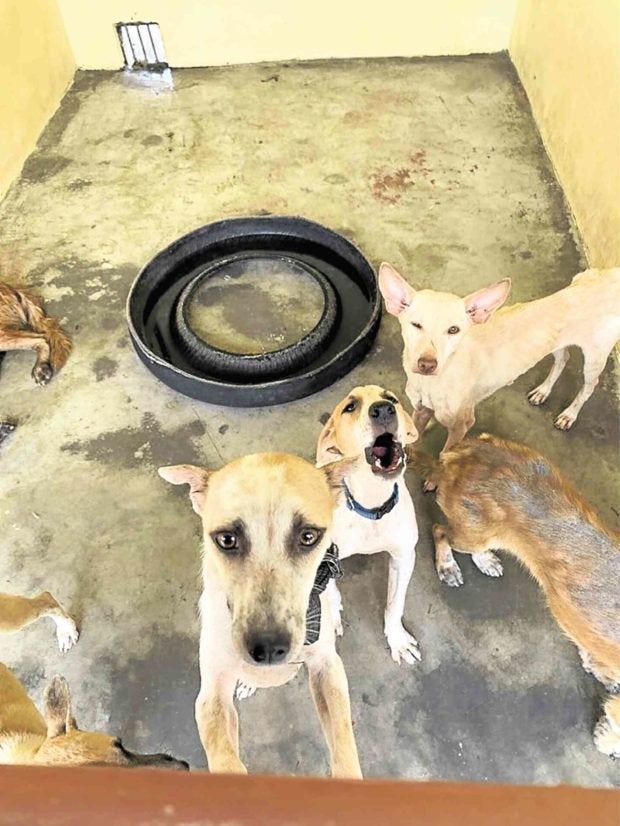 LIVING ON BORROWED TIME The dogs at San Juan del Monte City pound will be put to sleep if they are not adopted soon. —PHOTO COURTESY OF PAWSSION PROJECT

MANILA, Philippines — All of the 35 dogs at the Muntinlupa City Animal Pound have been saved from euthanasia after the city veterinary’s office decided to allow nonresidents to adopt some of them.

Most of the canines will be going to their “furever” homes by Friday, according to Pawssion Project, the Bacolod City-based animal group, that spearheaded the rescue effort.

Three of the dogs will be left at the pound to undergo training for their inclusion in the city’s search and rescue team.

Pawssion Project earlier reported that the animals were facing euthanasia if they were not adopted soon, earning furious reactions from netizens.

The Muntinlupa Office of the City Veterinary headed by Dr. Pamela Hernandez later agreed to relax its policy limiting adopters to residents. Only seven of the new furry parents were from the city.

Pawssion Project, however, issued another urgent call, this time for 103 dogs at the San Jose del Monte (SJDM) City pound in Bulacan province that were also facing euthanasia.

“Muntinlupa dogs have already been saved. But it does not end there. Pounds will still continue to impound dogs so long as they are there on the streets,” the group said on its Facebook page.

In a TV interview, Dr. Alejandro Enciso of the SJDM regulatory service division said the dogs were supposedly scheduled to be put to sleep last week. The process, however, was postponed to allow the canines to be saved through adoption.

“Euthanasia is our last recourse for those left … unadopted,” he added.

Malou Perez, Pawssion Project founder, asked other animal shelters if they could take some of the 103 dogs on death row while they look for adopters. She also called for volunteers who could help transport the dogs.

“Let’s save 103 this week and come together to put an end to this madness because again, impounding and killing them are not the only solutions,” she said. —With a report from Aizam Umal