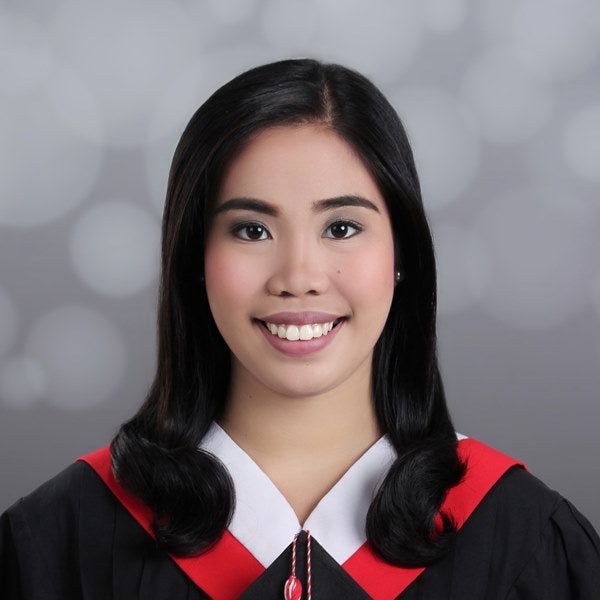 Ceilo Jimenea Centeno admits she isn’t studious. But she still ended up as a topnotcher in the June 2019 Nursing Licensure Examinations. | contributed photo

That’s why it came as a surprise to her when she learned she was among the topnotchers in the recent June 2019 Nursing Licensure Examinations.

The 20-year-old graduate of the University of Cebu (UC)-Banilad finished tenth place in the Board exams with a rating of 85.60. She is one of four from Cebu schools who are in the top 10.

The others are Shaila Mae Guigayoma of the Cebu Institute of Technology-University, Ana Bea Carmille Libetario of the Cebu Doctors’ University, and Marisol Siempre Dizon of UC-Banilad.

But Centeno, who is from Iloilo City, said she really didn’t expect to land in the top 10, especially since she admits she isn’t the type of person who is studious.

(Actually, I am just really a chill person. I just read through my reviewer. I am not also bookish and a ‘trying-hard’. I just answer the mastery test that they will give us. If I feel lazy, I finish fast. I was not really aiming to be part of the top 10 but just really wanted an 85 board rating.)

Centeno also admitted she struggles with studying but was able to pull through by banking on the knowledge she learned from lectures and the burning desire to be better.

(I don’t know how to effectively study. That’s where I struggle. I don’t know how to study. But I’m not a quitter, so I strive hard. Time was really my biggest challenge because there’s research, clinical area, and lectures. I  tell you that I only had three months before the boards and I haven’t studied yet. I just listened to the lecture and read the notes twice. Time management was really a challenge. I really am not good at that yet.)

She also shared other useful tips she learned throughout her college joruney.

“Study smart. Just relax. And just like what my clinical instructor said, pray like your studies will not help you,” she said.

Centeno is thankful to her parents, Ronald and Lea Centeno, who guided her all the way and supported her in the best way they can.

Being the eldest among two sisters, Centeno wants to work as soon as possible so she could be able to help her parents in raising her younger sister, Tanya, 17, who is a senior high student taking up Arts and Designs.

“I owe my success to Lord, to my family and friends, and also to my clinical instructors. Without them, I wouldn’t be able to make it,” she said. /bmjo