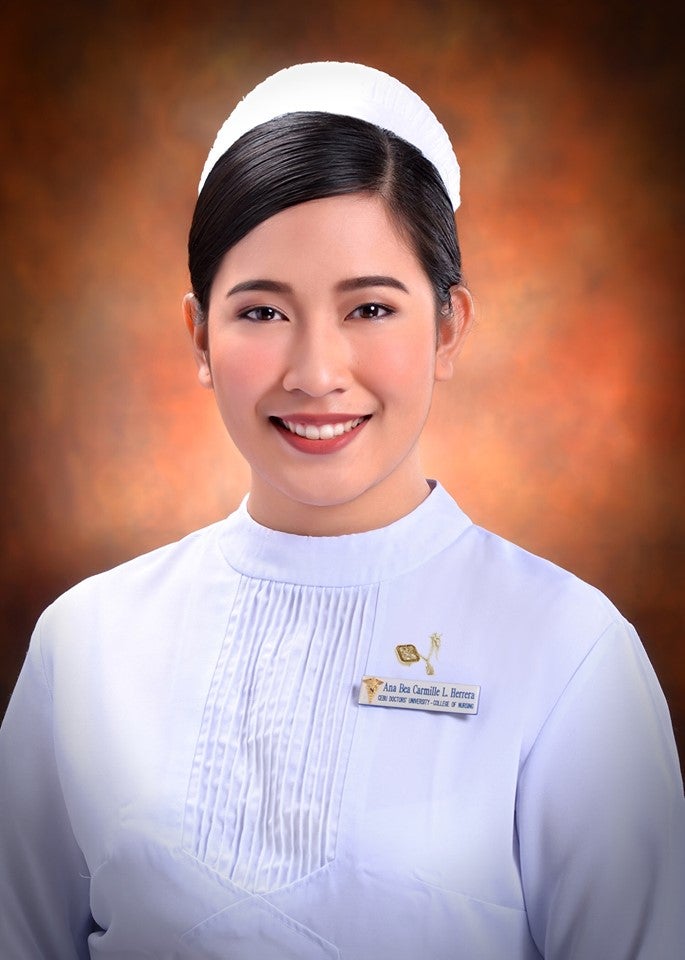 But she persevered and prayed—a lot. This is what she believes helped her pass the exams with flying colours, as she placed seventh overall.

“My success is all because of the Lord. All glory belongs to Him. I prayed so hard for what I have [achieved] now,” said Herrera, a product of the Cebu Doctors’ University (CDU).

The 21-year-old topnotcher from Dipolog City is the second child of three children of Francis Pio Herrera and Lorecar L. Herrera, who are also registered nurses.

Ana Bea said becoming a nurse was more than just a dream for her. She thought of it as a way to serve God.

“I chose to be a nurse because nurses are where people are. Wherever you go, you’re always needed. I can serve as an instrument of God’s healing love through this profession,” she said.

Herrera has always been at the top of her game. She was a consistent honor student from  kindergarten until college. This, according to her, helped her with her discipline in studying. She added that CDU also played a key role in her success.

“I did aim for it (to top). The school said that it’s better if you aim for top because if in case you won’t achieve it, at least you passed,” she said.

Now that she has overcome one major obstacle in her bid to become a nurse, Herrera wants to share some tips to those who are aiming to top the board exams someday.

“To the nursing graduates aiming to top the boards, always believe in yourselves. Keep fighting to reach your goals. Don’t let negativity bring you down. Preparing for the boards is really exhausting but always find time to relax. Study hard, pray harder,” said Herrera.

Herrera plans to apply for a job abroad come July or August. /bmjo

Read Next
Iran says talks with US impossible; US says it wants talks