Matteo Guidicelli on scout ranger training: ‘It has been the best experience of my life’ 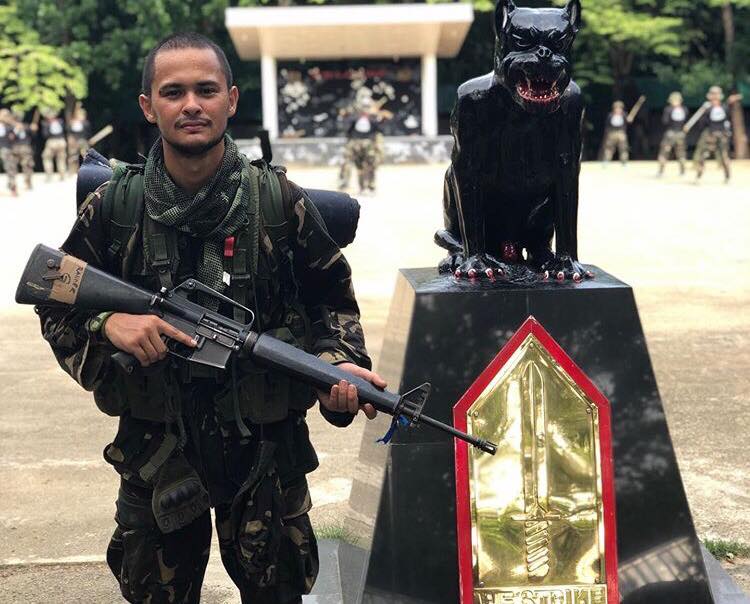 Cebuano Matteo Guidicelli shared in Instagram this photo of him wearing his uniform and holding a long firearm. His head is still shaved as part of his 30-day scout ranger training.

Cebu City, Philippines—“It has been the best experience of my life.”

This was the reaction of Cebuano actor and Philippine Army reserve officer second lieutenant Matteo Guidicelli after he finished his 30-day scout ranger training on June 27, Thursday.

The 29-year-old actor and singer updated his Instagram account on Friday, June 28, 2019, almost a month after he informed his fans the decision to join the scout ranger training.

A photo was shared on his Instagram account taken at the First Scout Ranger Regiment, in Camp Tecson, San Miguel, Bulacan.

In the photo, Guidicelli is seen wearing his uniform and holding a long firearm. His head is still shaved as part of his 30-day scout ranger training.

The Cebuano actor ended his caption with:  “Unity is the only solution to be a great nation, let’s do it.”

After posting the photo, he got praises from his fellow celebrities, including Judy Ann Santos, Ryan Agoncillo, Dimples Romana, Oyo Sotto, and Karla Estrada.

Agoncillo commented on the photo and told Guidicelli, “Hanep.”

Aside from the photo, he also shared a video on his Instagram story shared by Viva Artist Agency during the closing ceremony.

Another video was also shared by the Kapamilya actor where a “Welcome home 2nd Lt. Guidicelli” was seen.

Guidicelli finished the 30-day training with an average grade of 95.20 percent.

He received the third honor award as an outstanding student in their class.

A medal was also given to him for his volunteerism initiative for distributing school supplies in San Miguel, Bulacan. /bmjo