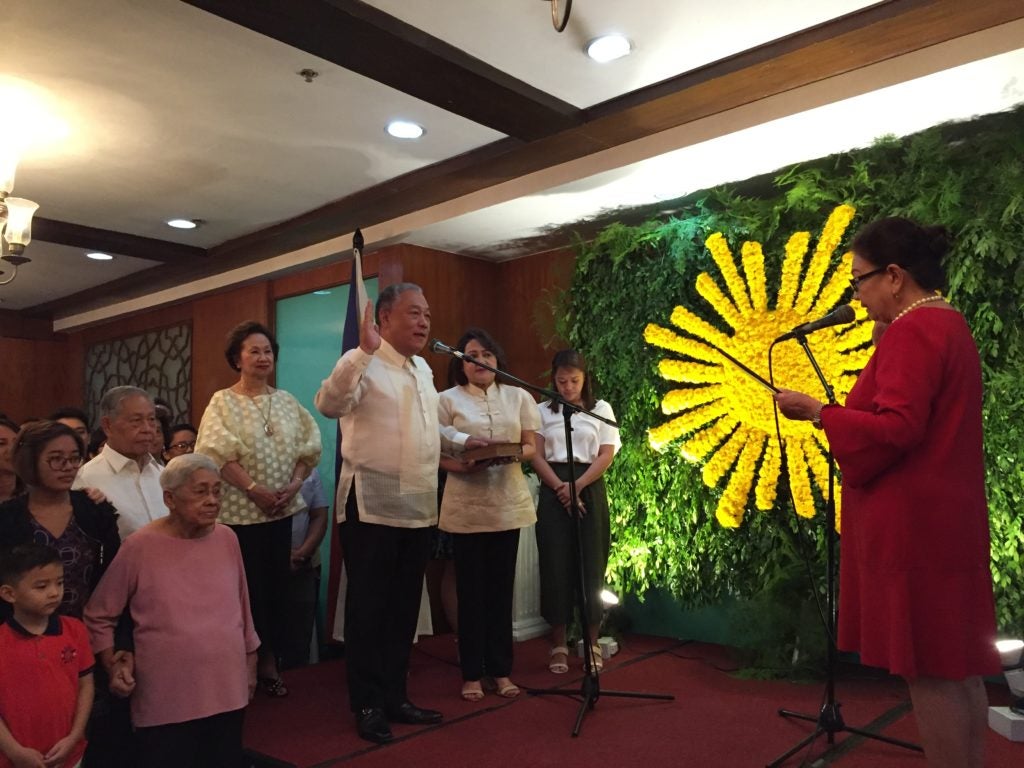 CEBU CITY, Philippines —   Swearing in her successor in office is the last act as a public official that former Vice Governor Agnes Magpale has done before she steps down.

An hour before noon today, June 30, which marks the end of her term as vice governor of Cebu, Magpale officiated the oath taking of now Vice Governor Hilario Davide III at the Granada Room of Casino Español in Cebu City.

Davide, who served as governor of Cebu for two terms or six years, ran for vice governor in the May 2019 elections with Magpale as his running mate. The two officials were running mates since the 2013 elections.

While Magpale had expressed intent to pursue her retirement from politics after losing in the May polls, Davide said her work as a public official was “unparalleled.”

“You are the epitome of public service,” Davide addressed Magpale during his speech.

Meanwhile, Davide has reiterated his pledge to support the administration of Governor Gwendolyn Garcia and said that he would be paying a courtesy call to the new governor on their first day of work tomorrow, July 1.

(It is very unpleasant if we keep on going against each other. We cannot accomplish anything if we are like that.)

Davide’s oath-taking, which started with a Holy Mass officiated by Fr. Carmelo Diola, was an intimate affair attended by members of the Davide, Perez and Angan clans as wells as close allies and former department heads during Davide’s two terms as Cebu governor.

His allies who attended his oathtaking were Mayors Jose Tumulak of Oslob, Mariano Martinez of San Remigio, Michael Sestoso of Alcoy, Dean Michael Singco of Ginatilan, Verna Magallon of Alegria.

Tuburan Vice Mayor Democrito Diamante, who is the outgoing president of the League of Municipalities in the Philippines (LMP), also attended the event with his brother Danilo Diamante who is taking his place as town mayor. Former ex-officio Board Member Earl Tidy Oyas, who is now the vice mayor of Catmon in the northern part of the province, was also present.

Read Next
Promate Enters into Agreement with VisMin Distribution Giant