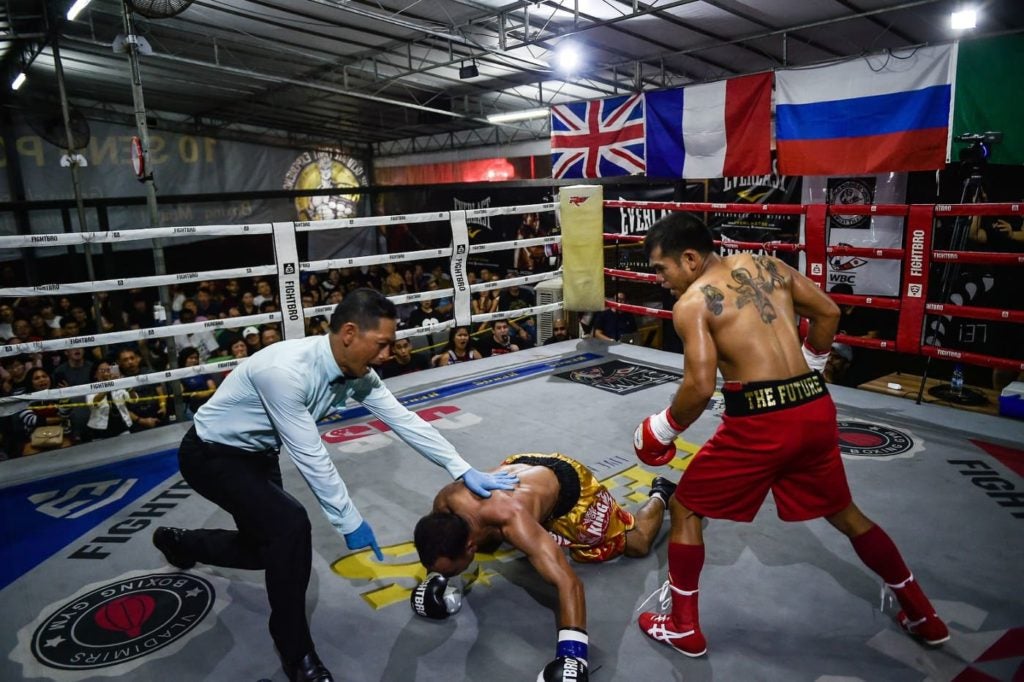 This is Caitom’s second win since returning to the ring, this time, as a professional boxer. Last year, he also won against Silem Serang.

Caitom used to be one of the most successful amateur boxers under the ALA Gym, having competed in 300 bouts and becoming a 6-time national champion.

(It was for ratings so I could get a higher rank so next time for regional belt. But my foe was an ex-champion and he also fought for a world title before.)

The 33-year-old’s convincing second win paved the way for him to go for a regional title, which is the next step for him to get a world ranking and bring him closer for a chance at a world title.

Caitom is now under Singaporean promoter Arvin Lalwani, who also serves as his trainer. He is also being managed by Danel Daystar, who is also his sponsor alongside Tom Kalwani.

His next step will be to go for a World Boxing Council (WBC) or an International Boxing Organization (IBO) regional belt in the mini flyweight or junior flyweight.

(Mini flyweight to junior flyweight, it’s between those two but my fighting weight is really mini flyweight. My goal is to go up against the WBC champion of Thailand who is undefeated.)

Although Caitom added that he would face any one as long as it will give him a chance to fight for a world title.

According to Caitom, they plan to fight for a regional belt sometime in September which is why he is resuming training immediately today. As to who against, Caitom said that is still yet to be discussed with his promoter.

Caitom had a 7-month training for his second fight. He started training in December, right after his first fight, as he was supposed to fight again last March. However, that didn’t push through, so he just continued training.

The returning pugilist trains daily but only during his break time from his work at 2 p.m. Then he returns to work and after, he goes for conditioning training like swimming or jogging at night. Then he also goes cycling everyday to keep himself fit.

Caitom is a full-time boxing trainer and a senior consultant at the Unbeatable Boxing and Fitness Training Company in Singapore. /bmjo

Read Next
Airworks squeaks past RDT in DBL