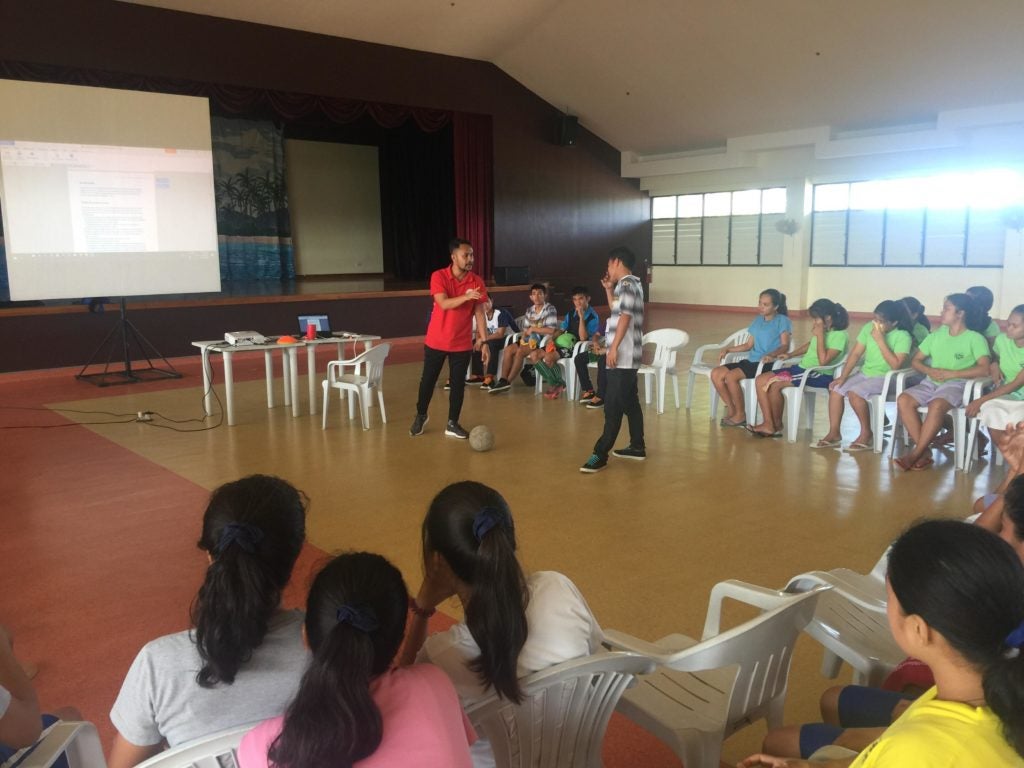 Archie Reyes, Central Visayas Football Association (CVFA) Board member and head of referees committee, holds a training session for the students of the Sisters of Mary Schools Boystown and Girlstown in this  December 2018 photo. Mars G. Alison

CEBU CITY, Philippines —The Central Visayas Football Association (CVFA) is keen about developing not only players and coaches, but referees as well as it holds a series of training for the referees.

The event dubbed as the CVFA Referees Training Series will be held in three Sundays—July 7, 14 and 21, from 8 a.m.  to 5 p.m. at the Don Bosco Technical College (DBTC) Cebu in Punta Princesa, this city. And, it is free of charge.

Archie Reyes, CVFA Board member and head of the referees committee, will be handling the seminar.

Although the training is, in part, preparation for the upcoming 21st Aboitiz Football Cup that is set to start later this month, it also is the start for a long term plan to improve and recruit new referees.

“This is local initiated, but I am allowed by the PFF to identify those who can be appointed for a higher category,” said Reyes.

According to Reyes, the training is open to anyone who is interested especially women because the CVFA is actively recruiting women referees, as they have none, as well as the young ones.

Aside from teaching the basic course, the series of referees training also aim to update laws of the game, update guidelines for referees, and workshop for referee assessor.

CVFA President Rodney Orale said that the referees would have their own association under the CVFA.

The CVFA, currently, has a number of male referees but most of them are inactive.

The association also has 12 national referees both for football and futsal with national assignments.

Those interested can go directly to DBTC and are required to bring pens and to dress accordingly— shirts, polo shirts, pants and shoes. Sandos, shorts and slippers will not be allowed./dbs