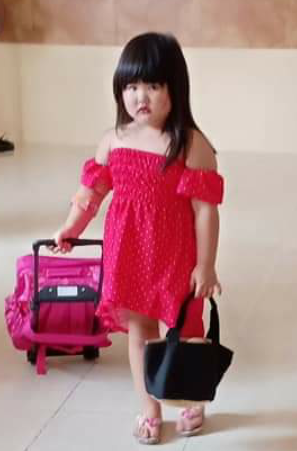 This teleserye of ABS-CBN has been making so much noise online because of edited photos of main characters Dimples Romana and Beauty Gonzales.

Daniela Bartolome, the role Romana plays, is the main protagonist of the series. And edited photos of her in her famous red dress “travelling” around the country has been a hit since it first surfaced on social media.

A Cebuano kid took the “Daniela” fever a notch higher. And it’s not because of an edited photo.

Three-year-old Niña Alexa Encabo showed off her own version of Daniela with a photo of her wearing a red dress and pulling with her a trolley bag and carrying a hand bag.

Niña’s father, Karl Joshue Encabo, shared with CDN Digital the photos of her daughter, who he said is such a huge fan of the afternoon TV series.

(She really loves watching Kadenang Ginto. Til’ one day, we experienced a brownout in our place in Carcar and she wanted to wear her red dress like the dress Daniela wore and she wanted to go to Seaside to cool down.)

And so that brought to life the photos, which we all know will once again be a hit to Kadenang Ginto fans.

Unlike the tough character of Daniela, this kiddo is too cute to hate, though.

Check out more of her photos sent to CDN Digital’s page. 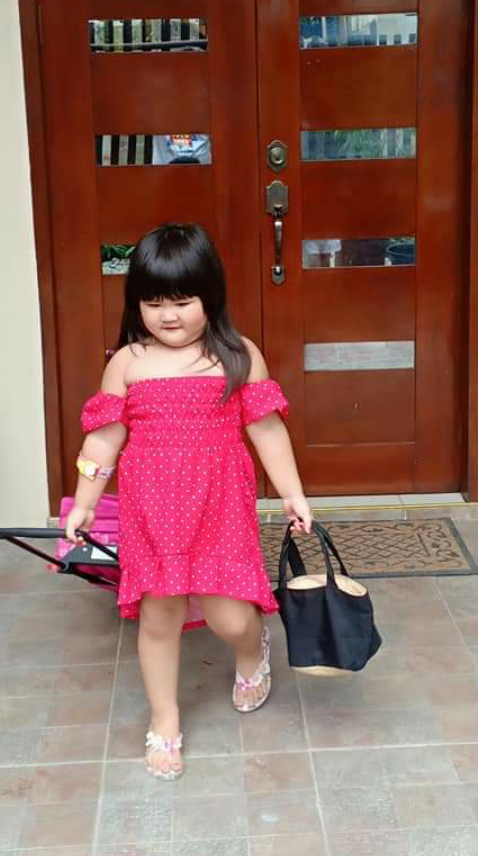 Niña Alexa Encabo rocks it with a red dress like that of Daniella. | contributed photo