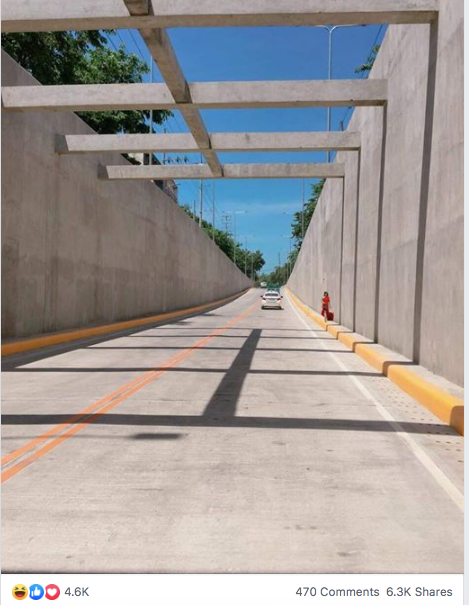 CEBU CITY, Philippines— Everyone has been talking about ABS-CBN’s afternoon teleserye “Kadenang Ginto.”

Just last week a new trailer was released that has got everyone buzzing — it included an edit of Dimples Romana, who plays Daniela Mondragon, the main antagonist of the show, walking along the newly opened Mambaling Underpass.

This edit of Arjie “Jay Jay” Alcontin, a creative 21-year-old artist from Cebu, has caught the attention of the people online.

Alcontin posted on his Facebook account yesterday, June 30 the edited photo of the underpass with Romana walking on the side.

The photo is very tricky in the sense that you will have to look closely into the picture to be able to figure out that the photo is edited.

Netizens were quick to write down their comments.