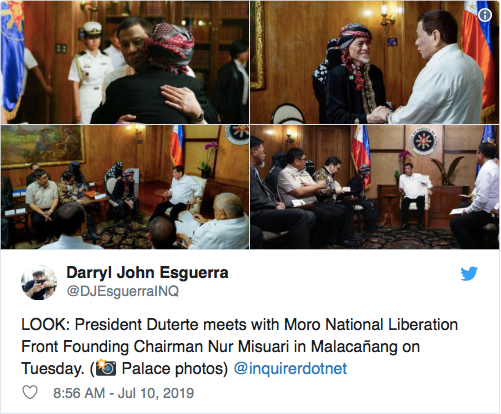 Details of the meeting have yet to be released as of posting time.

Albayalde: No confirmation on alleged suicide mission by Egyptian couple

Duterte and the MNLF leader previously met on February 25 and March 19.

Duterte recently said he was in a “hurry” to strike an agreement with Misuari who had warned him of war if federalism is not adopted. (Editor: Gilbert S. Gaviola)